Exploring links between history, heritage and the present

The dynamic community of researchers within our History Division delves into the very essence of human identity, both at an individual level and as communities. Our research and teaching explore the relationships between history, heritage and the present.

Research within the Division encompasses heritage and cultures on a global scale and spans a millennium. Our academics’ expertise includes, for example, meteorology in medieval times, the history of the Papacy, belief in Early Modern England, the French Revolution, gender in Africa, animal history in the Indian subcontinent, Cold War Berlin, modern British culture and politics, the USA in the era of slavery and the Cold War, and politics and popular culture in modern Egypt.

We have strengths in the histories of gender, political ideologies, societies and their material cultures, emotions and beliefs, subaltern peoples, and the history of science, including animal health. The diversity of our research footprint is demonstrated by our externally-funded projects, including the fiscal origins of the French Revolution, politics and popular culture in Egypt, political polarization in the English Civil War, women and the miners’ strike, and the politics of English protest music. We have externally-funded ECRs working on projects portraying malaria in colonial India, and women and the memories of US slavery. Via AHRC network grants, staff in the department have contributed to the histories of British landscapes, motherhood and Atlantic slavery, and youth subcultures.

Our academics successfully strive to engage and inspire the wider public with their work -- embracing digital technologies and utilizing social media -- to drive better understanding of research and to influence change. Additionally, we work with strategic partners within and outside the University, including the Museum of English Rural Life, Demos, the Houses of Parliament, the National Coal Mining Museum, the National Maritime Museum, the National Trust, Plymouth Museum, the Museum of Youth Culture, and the US Embassy in London. Our funded collaborative doctoral students work with the National Archives and the Royal Society.

Discover the latest developments in our Department.

Dr Natalie Thomlinson is an historian of feminism and gender in modern Britain, fundamentally concerned with how both of those categories are mediated through race and class. Her AHRC-funded project, Women and the miners’ strike: Capturing changing gender roles in working-class communities in Britain after 1945 (working alongside Dr Florence Sutcliffe-Braithwaite at UCL) undertook oral histories with women from coalfield communities, revealing their experiences of both the strike and how it is has been memorialised, as well as how the experiences of activist women should be understood in relation to the feminist and socialist activism in the post-war period. Find out more on the project website.

Watch a video of women's recollections about their experiences during the miners’ strike.

Dr Dina Rezk is a specialist in Middle Eastern History. Her research explores significant events that have taken place across the Middle East during the twentieth century and seeks to understand how modern culture and social media influenced recent upheavals such as the ‘Arab Spring’. Her findings are informing the work of UK Cabinet Office, Home Office, Ministry of Defence, NATO and the US Department of Defence. Dina’s project, Social listening: developing new qualitative methods to understand digital cultures in the past, present and future, won a British Academy Rising Star Engagement Award in 2017.

Watch a short clip of Dina Rezk participating in a panel discussion on Heritage in Times of Conflict.

Overcoming archival silences in US slavery

Professor Emily West is exploring the past to help understand and tackle issues of social justice and racism. Focusing on enslaved women, where archival and historical sources are scarce, Emily has examined past events to explore different viewpoints that can inform current debates. In 2016 she hosted an international AHRC-funded conference, ‘Mothering Slaves: Motherhood, Childlessness and the Care of Children from Slavery to Emancipation’. 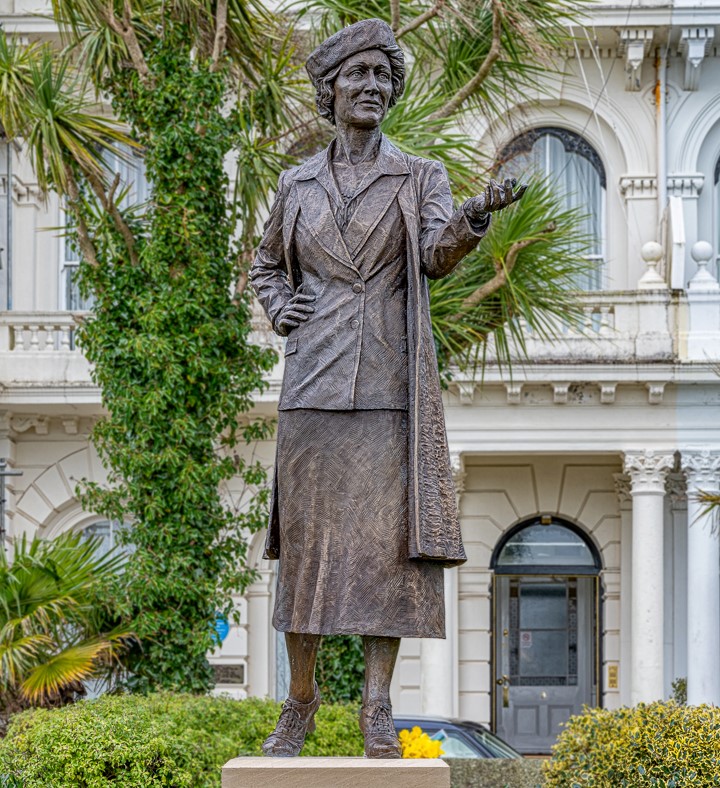 Impact Projects: Studying the past to inform the future

Staff in the department lead on and contribute to a number of important and prize-winning impact projects that seeking to inform the future and influence change, including:

Dr Jacqui Turner is the UK’s expert on Nancy Astor. Jacqui’s research in the archives at University of Reading Special Collections is uncovering untold stories of Lady Astor, the first female to take her seat in UK Parliament in 1919. Jacqui’s work has informed the UK Parliament’s centenary celebrations of The Representation of the People Act, 1918, the Voice and Vote exhibition in Westminster Hall, London, and the #Vote100 project. In 2018/19, Jacqui led a year-long celebration of Nancy Astor - #Astor100, raising public awareness of her life and work and her wider legacy. The project was in partnership with the people of Plymouth, the National Trust at Cliveden and the Houses of Parliament. Jacqui’s project, Vote100: Beyond the ballot, Women’s rights and suffrage from 1866 to today, was a finalist for the Research and Impact Engagement Awards 2018. Astor100: Celebrating 100 years of women in Parliament, challenging the male narrative was a winner of the Research and Impact Engagement Award 2020. Find out more about this research.

Subcultures that influence politics and society

Professor Matthew Worley’s work explores the influence of subcultures on politics and wider society. He has used a participatory research approach to investigate the punk era between 1977 and 1984 highlighting how subcultures can help to shape the identities, politics and cultural expressions of the youth of the time. Matt helped to set up the Interdisciplinary Network for the Study of Subcultures, Popular Music and Social Change, which holds regular symposiums and curates a book series on subcultures and social change for the publishers Palgrave Macmillan. Matt’s project Punk in the East was shortlisted for the Research and Engagement and Impact Awards 2017. Find out more about this research.

For the latest news and events relating the the History Research Division, visit our blog.

Felix, J., ‘The most difficult financial matter that has ever presented itself’: paper money and the financing of warfare under Louis XIV’, Financial History Review, 25:1 (2018)

Lawrence-Mathers, A., Medieval meteorology: from Aristotle to the Almanac (Cambridge University Press, 2019)

Parish, H., ‘A church 'without stain or wrinkle': the reception and application of Donatist arguments in debates over priestly purity’, Studies in Church History, 57 (2021)

Anarchy in the UK

Explore the history of punk from 1976-78 and the role played by youth subcultures in contemporary history in this free online course, while making your own punk fanzine.

Research at the Department of History

The Department of History hosts the prestigious annual Stenton Lecture, given by an eminent historian on their field of research. Staff are also involved in the Early Modern Studies Conference, and a range of other high profile events throughout the year, including an annual GCMS event.

All our students are regularly invited to our research seminars, workshops and conferences within our University, and are encouraged to take part in national and international networks. We also organise an annual postgraduate workshop, where all our postgraduate students are invited to give papers on their on-going research to staff and students and to comment on their fellow students' work.