More information on research at Reading

Environmental research is centre-stage at the University of Reading. Two hundred academics, and hundreds of postdoctoral researchers and  PhD students come together within our Environment theme to explore, understand, and address the challenges of environmental changes, both natural and those shaped by humans.

New home for ECMWF on University of Reading campus

It has been announced recently that a new state-of-the-art headquarters for the European Centre for Medium-range Weather Forecasts (ECMWF) will be built at the University's Whiteknights campus. This will make the University of Reading campus home to the largest cluster of weather and climate scientists in the world. More information on ECMWF. 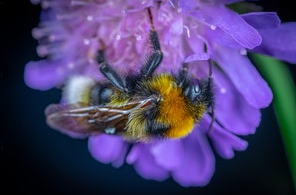 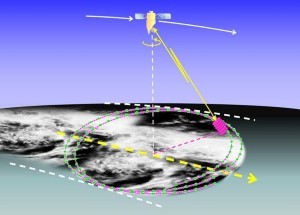 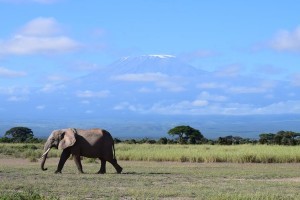 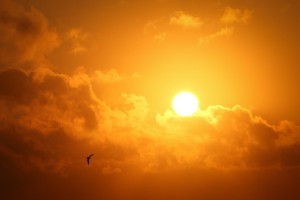 Pollinators: first global risk index for species declines and effects on humanity
Disappearing habitats and use of pesticides are driving the loss of pollinator species around the world, posing a threat to “ecosystem services” that provide food and wellbeing to many millions – particularly in the Global South – as well as billions of dollars in crop productivity. An initial evaluation of the available evidence to create the first planetary risk index of the causes and effects of dramatic pollinator declines in six global regions has been published in Nature Ecology & Evolution and is co-authored by Dr Tom Breeze.

‘Fingerprints’ of extreme weather revealed by new statistical approach
Determining if particular extreme hot or cold spells were caused by climate change could be made easier by a new mathematical method developed by physicists at the University of Reading and Uppsala University in Sweden. The statistical method looks at the characteristics, or ‘fingerprints’, of a specific extreme weather event of interest, like a heatwave, in order to ascertain whether it can be attributed to natural variability of the climate or is a unique product of climate change. The method also allows predictions to be made about how likely extreme climate events will be in the future.

Climate change ‘double whammy’ could kill off fish species
New research published in Nature Climate Change, and co-authored by Professor Chris Venditti, suggests that fish like sardines, pilchards and herring will struggle to keep pace with accelerating climate change as warmer waters reduce their size, and therefore their ability to relocate to more suitable environments. The study also provides the first evidence to counter the scientific theory that decreased movement will result in more species, by suggesting the opposite is true.

Butterflies regularly cross the Sahara in longest-known insect migration
A species of butterfly found in Sub-Saharan Africa is able to migrate thousands of miles to Europe, crossing the Saharan Desert, in years when weather conditions are favourable, scientists have found. The international research team’s findings increase understanding of how insects, including pollinators, pests and the diseases they carry could spread between continents in future and could help predictions of the movements of other insects that affect people, such as malaria-carrying mosquitoes.

New radar to measure global winds makes space mission shortlist
A new radar on a satellite that would measure winds within clouds in order to better predict extreme weather has been shortlisted as a potential new space mission. WIVERN (Wind Velocity Radar Nephoscope), being developed by a team led by the University of Reading, was one of four ideas selected by the European Space Agency (ESA) to compete to be the launched into space on a satellite as the eleventh Earth Explorer mission.

Climate science AI builds genuine understanding of climate system
Artificial intelligence programmes used widely in climate science build an actual understanding of the climate system, meaning we can trust machine learning and further its applications in climate science, according to a new study. New research published in the journal Chaos and co-authored by Manuel Santos Gutiérrez and Valerio Lucarini showed using computer simulations that a machine learning programme called Empirical Model Reduction (EMR) in fact knows what it is doing.

Scientists use weather forecasts to direct conservation of elephants
Wildlife conservationists will use detailed weather forecasts to predict when, where and how elephants could come under threat, as part of a new project led by the University of Reading. Using accurate weather and climate data, Dr Vicky Boult will aim to predict the threats facing African elephants, such as food shortages or threats from poaching, weeks or months in advance – allowing conservation groups to take action to save them.

PARTNERING FOR THE PLANET

Working with you to champion environmental sustainability through world-leading research and practical action.

Read the latest news and blogs from our Environment research theme and find out about upcoming research events at the University of Reading:

All University of Reading events

A new collaboration with Microsoft is set to help scientists at the University of Reading’s Walker Institute develop more solutions to climate threats worldwide. 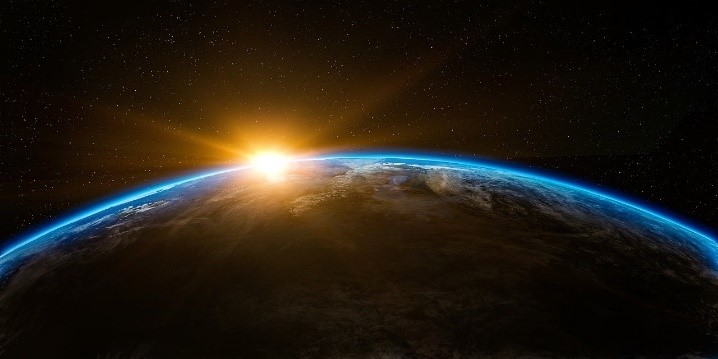 Reading climate scientist recognised with exclusive fellowship
Professor Keith Shine, Regius Professor of Meteorology and Climate Science and specialist in the study of how human activity affects Earth’s climate, has been elected as an American Geophysical Union’s (AGU) Fellow.

Prestigious SIAM Fellowship
Mathematician and computational scientist, Professor Jennifer Scott, has been selected as a 2021 Fellow of the Society for Industrial and Applied Mathematics (SIAM), the leading international society for mathematics and its applications.

First woman to win prestigious meteorology prize
Professor Sue Grimmond won the Symons Gold Medal for her work advancing understanding of urban climates and helping to improve the environment in cities around the world, as well as supporting young researchers.

We collaborate with the very best researchers and users of research, nationally and internationally. These partnerships better enable us to play a critical role in tackling environmental challenges and provide solutions that are both adoptable and adopted.

We work closely with organisations such as:

UK Meteorological Office – including through the Met Office Academic Partnership

We have several centres of research and facilities focusing on specific environmental issues, including:

Centre for Mathematics of Planet Earth exploring the intersection between mathematics, theoretical physics and earth sciences.

Chemical Analysis Facility – open-access analytical instrumentation, and advice on access to external facilities, such as beamlines.

Data Assimilation Research Centre – theory and applications in all areas of the geosciences.

Technologies for Sustainable Built Environments (TSBE) – bringing together academic and industry partners for applied research in built environment and energy.

Water@Reading  – providing flood, drought and water-quality monitoring, forecasting and early-warning systems, in the UK and abroad

Want to join some of the world's leading environmental researchers, with a fully-funded PhD research studentship at the University of Reading?

For information on postgraduate research opportunities within the Environment Theme, please visit our research division pages or the Graduate School's website.

Quantitative and Modelling Skills in Ecology and Evolution (QMEE)

Air passengers are enjoying smoother, safer flights thanks to a turbulence forecasting algorithm that was co-developed at Reading.

Researchers from the University of Reading have played a major role in improving flood forecasting, so that humanitarian aid can be delivered before the flood, before the disaster strikes.

Researchers at the University of Reading have developed a new model for urban temperature forecasting that predicts how heat is captured and lost across the varying urban landscape.

Bringing African vultures back from the brink

African vultures are rapidly becoming the world’s most threatened group of birds. Reading researchers have revealed the true scale of the problem and delivered solutions, spurring conservation action to save them from extinction.

Working with your organisation

Your organisation can benefit from our work through the University's innovation front door.