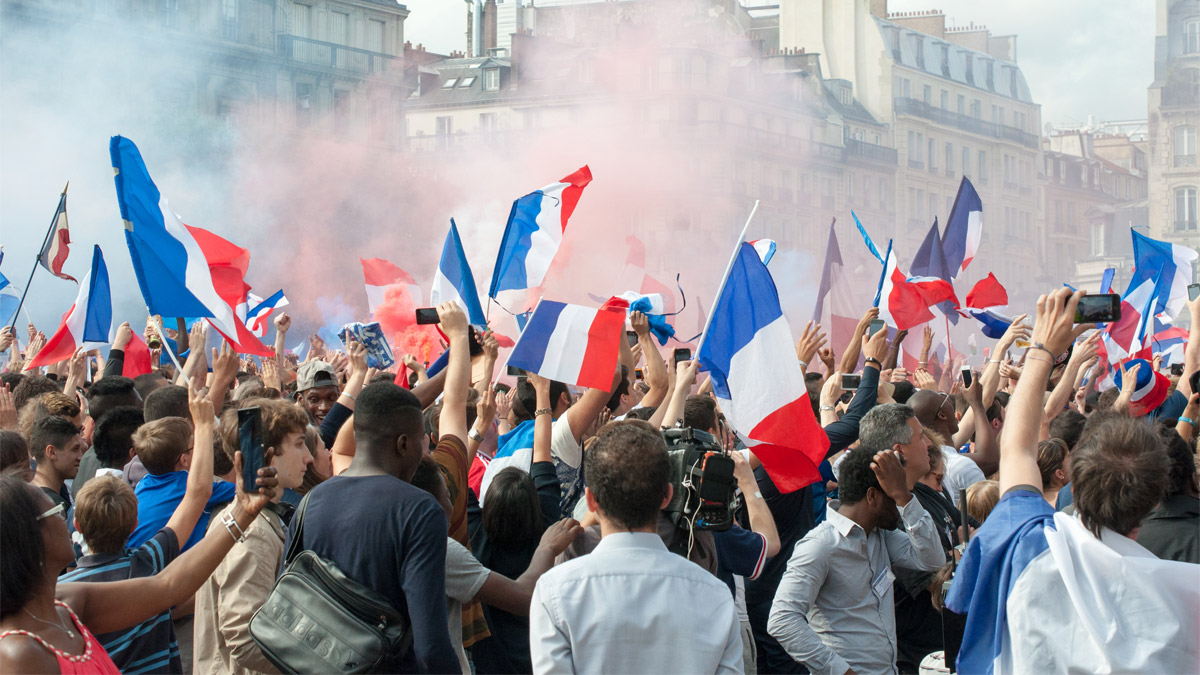 Our research in French and Francophone studies is global in outlook and diverse in approach, covering history, politics, literature, film, cultural studies, translation and publishing histories and networks.

Our research specialisms include:

Staff contribute to several of the University’s major research centres, including:

Dr Marjorie Gehrhardt is a member of the Centre for Health Humanities. Her current research focuses on the rehabilitation of WW1 disabled veterans, and the role of philanthropic organisations in this process.

She is interested in the history of philanthropy in the British and French context more specifically, including the work of the Salvation Army and the Red Cross. She has also been collaborating with a number of French and British charities, including Changing Faces, Face Equality International and the French disfigured veterans' organisation Association des Gueules Cassées.

Dr Sophie Heywood is co-founder and co-director of the Centre for Book Cultures and Publishing at the University of Reading. She specialises in the history of French and comparative children’s literature and publishing, and has published extensively on these subjects in French and English.

She is on the editorial board of the French children’s literature journal Strenae, and is a member of the editorial team for the Edinburgh Companion to Women in Publishing.

In her work on children’s literature in translation she collaborates with Outside in World, the organisation dedicated to promoting and exploring world literature and children’s books in translation, with whom she runs a popular webinar series. In 2016-17 she led the Children's  ’68 project, funded by LE STUDIUM/ Marie Skłodowska-Curie Research Fellowship and the Mayor of Paris.

She is currently working on a book exploring transatlantic children’s publishing in Cold War France.

Professor Catherine Léglu works on Medieval French and Occitan literature from an interdisciplinary perspective. She has published extensively on satirical and didactic texts, as well as more recently on the translation and adaptation of historical and literary texts into vernacular writings and word-and-image schemes.

Her most recent work is on genealogical schemes as a form of historical writing, with reference to Occitan-language texts, and on translation and adaptation of the biblical story of Samson in post-conquest England, looking at word, image and music.

Dr Athena S. Leoussi is Associate Professor in European History, and is a member of the Ways of War Centre. Her research explores issues and problems of nationalism and national identity, race, anti-semitism, the representation of the nation in the visual arts, and the place of the Classical tradition in the modern world.

She is a founding chair of the Association for the Study of Ethnicity and Nationalism (ASEN) and a founding editor of the journal Nations and Nationalism. She is also Editor-in-Chief of the open-access journal Genealogy.

Dr John McKeane’s research focuses on French literature and philosophy. He co-organised international conferences on Maurice Blanchot (2009) and Sarah Kofman (2019), each of which led to a collective publication. His work has won numerous prizes including the Society for French Studies prize fellowship 2021-22, and an AHRC/ESRC Library of Congress Fellowship.

Dr McKeane is a prolific translator from French. His practice has led to in-depth collaboration with publishers in the UK and US, and to publications on translation theory. He also acts as a translation reviewer and consultant for publishing and media organisations.

He has also collaborated with French film-makers, gaining funding from Reading’s Centre for Film Aesthetics and Cultures for a collaborative translation with Sam Ferguson of the feature-length film on French-Russian thinker Alexandre Kojève, Knowingly.

Dr McKeane is a member of the editorial board of Barthes Studies and Espace Maurice Blanchot. McKeane’s research is archive-based, with the resulting publications casting light on little-known texts by prominent French thinkers Roland Barthes, Philippe Lacoue-Labarthe, and Blanchot, including the latter’s unpublished novel Thomas le solitaire.

Her groundbreaking research on postcolonial Marguerite Duras explores the relationship between colonial propaganda and postcolonial literature and film, focusing on silenced histories of colonial violence and territorial loss.

Professor Waters’ many influential publications on Mauritian and Indian Ocean cultures include an open-access monograph on the Mauritian novel. Her research on issues of translation in postcolonial, multilingual contexts is informed by her translation practice, including for the Mauritius-based publishing house, Éditions Vizavi.

She co-organised an international conference on ‘Rethinking Postcolonial Landscapes in the Francophone World’ (SFPS, 2021); and contributed to the collective cultural-societal project, Maudrigosa!, coordinated by the novelist Carl de Souza.

Dr Marine Orain’s research focuses on French intellectual history and the Algerian War. Her interests include modern and contemporary French thinkers, and their modes of intervention in response to crisis and armed conflict.

The Arabic subtitling of BBC series His Dark Materials (ongoing)

Changes in the English to Arabic subtitling of TEDx videos (ongoing)

The Welsh Tradition of the Seven Sieges of Rome (ongoing)

The cultural memory of the Second World War: D-Day veterans and commemoration in Britain (2012)

Recent and ongoing PhDs in French studies span a broad range of periods and topics, and we welcome enquiries and proposals relating both to discrete specialisms and to interdisciplinary and cross-disciplinary work.