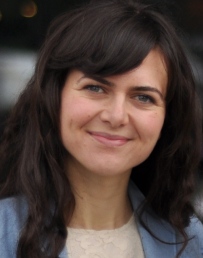 I'm interested in how literature contributes to the task of imagining and enacting social justice, especially racial and gender justice. My research to date centres on contemporary (1980 onwards) postcolonial and feminist writings.

My first monograph, Black British Women’s Theatre: Intersectionality, Archives, Aesthetics, was published by Palgrave Macmillan in 2020 and won the 2021 Society for Theatre Research Book Prize. In it I collate a history of black women's creativity in Britain that has too often been forgotten, profiling Theatre of Black Women, Munirah Theatre Company, Black Mime Theatre Women’s Troop, Zindika, and SuAndi. The book centres unpublished materials held in archives of various kinds, from cultural institutions like the Victoria and Albert Museum to individuals’ personal papers. My analysis of plays from the 1980s to the present reveals some striking aesthetic strategies that work towards dismantling racism and sexism. As part of this project I had the pleasure of interviewing many pioneering artists, including the Booker Prize-winning novelist Bernardine Evaristo.

I have recently begun a new research project investigating literary representations of sexual violence. This builds on more than a decade of voluntary work in the local community supporting survivors of sexual exploitation and sexual abuse.

Since 2019 I have convened the ‘Identities’ research cluster in the Department of English Literature, gathering staff and postgraduates working across a range of historical periods and literary forms who share an interest in the discursive construction of identities. From 2014-2017 I was Vice-Chair of the international and interdisciplinary Postcolonial Studies Association (PSA), and from 2011-2014 I served as co-editor of its newsletter. I continue to enjoy active membership of the PSA and The British Association of Contemporary Literary Studies.

I am currently supervising three PhD candidates, whose research spans Muslim women’s writing and Afrofuturism. I welcome contact from prospective applicants in all areas related to contemporary black British and postcolonial women’s writing.

Within the Department of English Literature I convene the modules ‘Research and Criticism’ (Part 1), ‘Black British Fiction’ (Part 3), ‘Global Literatures: Translation as Theme and Theory’ (Part 3), and – with Dr Nicola Wilson – the MA module ‘Modern Literary Feminisms: Theory, Praxis, Texts’. I also teach on the undergraduate modules ‘Globalization and Language’, ‘Writing, Gender, Identity’, and ‘Contemporary Fiction’, and on the MA module ‘Modern and Contemporary Literature’.

I enjoy teaching in a range of contexts: I regularly offer workshops to students in local schools and colleges, and I have previously led a reading group in a high security women's prison.

In 2019/20 I received the University Teaching Fellowship, a prestigious award recognising an individual’s teaching excellence and contribution to the development of teaching and learning within the University of Reading. The UTF Panel commended my commitment to a diverse curriculum and inclusive teaching, and recognised the impact of my work across the Department and School and across the wider University and sector.

I have worked in partnership with students on a number of funded teaching projects, including a PLanT Project to demystify learning journals (2018/19) and a D&I-funded network for BAME students in English Literature (2019/20). In April 2020 I won the student-nominated Reading University Students’ Union Excellence Award for Technology Enhanced Learning, for the project ‘A Thousand Words: Student Life Through a Lens’.

I became a Senior Fellow of the Higher Education Academy in 2020.

My public engagement activities include:

(2021) Invited speaker at Coming Together, Growing Together – A Celebration of Black British Women in Theatre, Clapham Library, London

For fuller information on my research, public engagement, and teaching activities please visit my website.