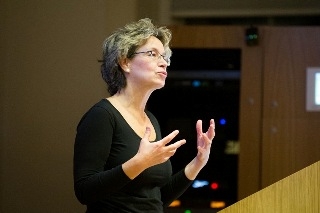 Careers Officer for the Languages and Cultures Department

As Founder (1991) of the global, LSE-based Association for the Study of Ethnicity and Nationalism (ASEN), which I chaired for many years, a member of ASEN's Advisory Council, and a Founding Editor (1994) of the international journal, Nations and Nationalism (Wiley-Blackwell), which I continue to edit with the other members of the editorial team, I have been involved in the development of a variety of research projects, seminars, conferences and colloquia on nationalism and national identity.

My research has received funding from the Greek State, the Hellenic Foundation, and the Irving Horowitz Foundation for Social Policy, USA.

I have been an assessor for the British Academy monographs section, and for the Arts and Humanities Research Council (AHRC).

I have been Visiting Senior Fellow in the Government Department, LSE (2008-12), and since 2012, hold an International Fellowship at the Panteion University (Athens, Greece).

I am Visiting Senior Fellow in the Government Department, LSE. In 1991 I was one of the Founders of the Association for the Study of Ethnicity and Nationalism (ASEN) that is based in the Government Department, LSE. I was Chair of ASEN for several years, and am currently a Member of ASEN's Advisory Council. I am also a Founder Editor (1994) and currently Co-Editor of ASEN's international academic journal, Nations and Nationalism, published by Wiley-Blackwell.