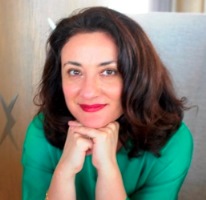 My main research interests lie in modern Italian culture and translation. For a long time I have explored the interplay between tradition and experimentalism with form and language(s) in twentieth-century Italian fiction and poetry. In 2013, I published a book on translingual poet Amelia Rosselli. I have published several articles, edited several books and special issues for A-rated journals exploring the role of periodical culture in Italy, and the relationship between publishing institutions and translation.

The first project explores issues related to resilience and change in the Italian intellectual field from 1920s to the 1960s and specifically focuses on the intellectual networks that developed around Benedetto Croce’s cultural hegemony.

My second project looks at the international book trade and inter-firm communication across post-war Europe, and it specifically focuses on translation. This project explores the rich holdings of the Archive of British Printing and Publishing held at the University of Reading’s Special Collections. This project received support from the RETF Open Fund (2019-22).

I convene and teach the following UG modules:

I contribute to the MA module FTMWD World Cinema, and to ENRPB Researching the Printed Book module for the MA in English. I am the convenor of the Italian History option for the MA in History.

This AHRC-funded research focuses on the patterns of organisation, cultural activity, and aesthetic programme of literary intellectual networks in Italy in a period of Italian history (1940-1960) characterised by radical historical, political, social and cultural changes. It does so through a detailed study of a range of literary journals, differing widely in life-span, geographical location, political allegiance, and aesthetic interests. This project builds on the hypothesis that literary journals have always serviced new writing, introduced readers to new artistic movements across continents, engendered debate, disseminated ideas, and more importantly sought to challenge settled aesthetic and cultural assumptions. This project, however, does not only look at the ways in which Italian intellectuals and writers traditionally verbalised cultural discourses and aesthetic concerns in journals in order to establish or counter forms of cultural hegemony; it also assesses and describe the ways in which intellectual networks used

(a) literary journals to create sites for discussion and dissemination of their aesthetic, literary, and political concerns to national and transnational audiences,

(b) how they sought to disseminate these ideas through strategic alliances with commercial and institutional outlets, such as emerging or established publishing houses of the day, and

(c) how intellectuals and writers used literary journals to map their new public identity and define their own space for public intervention.

Between 2010 and 2017, I led the Post-Graduate Training Consortium in Italian Studies (comprising the Italian Departments of Reading, UCL, RHUL, Oxford and Cambridge).

Between 2016-2019, I have acted as Senior Co-Editor of international peer-reviewed journal the Italianist. I led the journal as Senior Editor between 2019-2021. Since 2015, I have been the lead on the Choose Italian national campaign.

2008-2012: National representative for Italian Studies at the University Council for Modern Languages (UCML) and member of the UCML executive committee

2012-2015: national representative for Italian Studies at the UCML member of the exec committee

2012-2015: designated international member of the Italian Modern Literature panel, ANVUR (National Agency for the Evaluation of Universities and Research Institutes)