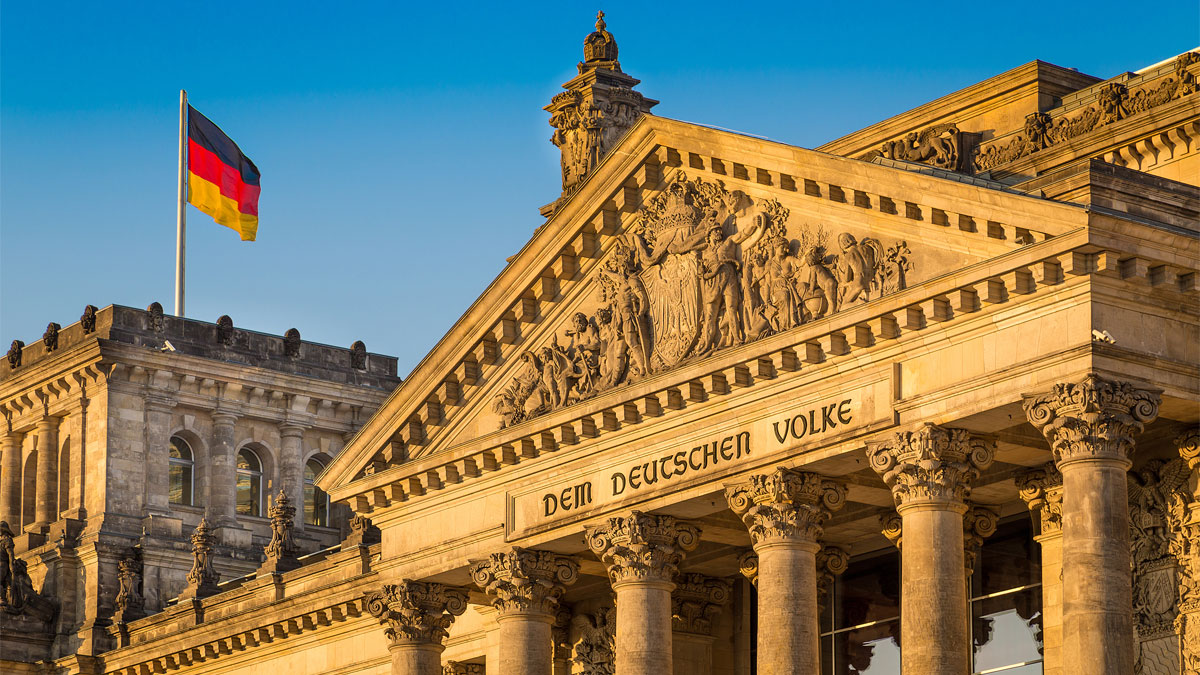 German studies is host to the East German Studies Archive, which for several decades has acted as a centre of excellence for the study and research into the politics and culture of the former GDR and post-unification East Germany.

The main areas of staff research activity and doctoral supervision in German studies are given below. Do get in touch if you are interested in a related topic, as supervision can be arranged jointly with other departments or one of our partners.

Dr Alice Christensen works on modern German literature and film. She is particularly interested in intersections between literature and scientific thought. She is currently researching literature about insects in the years around 1930.

Together with Dr Carrie Friese at the London School of Economics, she is organising a conference on the history of insect research, funded by the British Academy and the Wellcome Trust. She is also working on a book about the history of thinking about temperature in German literature, philosophy, and scientific periodicals around 1900.

Dr Ellen Pilsworth’s research focuses on German literature, with specialisms in the eighteenth and twentieth-centuries. Her work on the eighteenth century has focused on poetry engaged with projects of nationalism and war.

Her more recent work examines exile publishing by anti-Nazi Germans and Austrians who came to Britain in the 1930s, as well as the anti-authoritarian protest culture of ‘1968’ in Germany.

Her current project, Knowing the Nazis, Inside and Out: Anti-Fascist Publishing in Austria, Germany and Britain, 1927-40 is funded by the British Academy and Wolfson Foundation. This project makes use of the University's Special Collections, and contributes to the Centre for Book Cultures and Publishing. Ellen has a further research interest in German writing by women, and gendered writing strategies.

Dr Claire A. Ross works on the intersection between cultural products (literature, film, architectural landmarks) and ethno-racial inequalities in twentieth- and twenty-first-century Germany. She has published on the Turkish German author Emine Sevgi Özdamar and on the German literary industry (der Literaturbetrieb).

She is currently completing her first monograph on eclectic intertextuality in the work of Turkish German author Yadé Kara. In addition, she is also working on a new project on colonial-era landmarks in contemporary German culture.

As chair of the Equity, Diversity and Inclusion Working Group for the Association for German Studies in the UK and Ireland, which she co-founded, she actively promotes diversity in German studies, in terms of teaching, research interests and membership. She is also a member of Towards an Equitable German Studies and Women in German Studies.

Dr Melani Schroeter has worked extensively on German political and media discourse. She has a special interest in the role of silence and in meta-discourses about silence and absence in public discourse.

She also published about comparative approaches to keywords in public discourse in collaboration with colleagues at the University of Sussex, Paris Descartes, Duisburg and Gent as a result of her AHRC-funded project Researching and Documenting Key Words in European Migration Discourses (2012).

Dr Schroeter has also researched the use of German Nazi vocabulary in other languages. Her recent publications explore German anti-political correctness discourse and discourses of the German New Right.

Dr Schroeter is a member of the University’s Centre of Literacy and Multilingualism and convenes the Linguistics Panel at the Association for German Studies annual conference.

Dr Ute Wölfel has worked extensively on twentieth-century German literature and culture. Her research interests include literature of the Weimar Republic, exile as well as East German literature, memories of the two German dictatorships, and mediatisation of war.

She has also published widely on German and European film. Dr Wölfel has explored the concept of childhood in war representations as part of the project Children in German War (Con)Texts (1945-1949), a collaboration between the Universities of Newcastle, Bristol and Reading, funded by the British Academy.

Her interest in the concept of transgression has resulted in various collaborations with the Universities of Lodz, Southern Denmark, and Leeds, leading to publications exploring the figures of traitors or deserters in the visual representations of war. This has also fed into her recent Leverhulme-funded project on East German antifascist cinema.

Dr Wölfel collaborates with the Centre for Film Aesthetics and Culture is the head of the East German Studies Archive, which hosts an extensive collection of rare materials and publications from and about the GDR.

She is also interested in concepts of masculinity in Arthurian romance and in Medieval German heroic poetry, specifically the Nibelungenlied, and Austrian Studies. Her current research looks at Austrian literature and art as activism, with a focus on the link between feminist and queer performance art, activism, and protest movements.

Further fields of interest include Memory Studies, the role of popular culture and cinema in the formation of the Austrian Heimat, and anti-Heimat literature and film.

Mediated representations of contemporary feminism in Germany and the UK (2018)

The Misogyny of the Trümmerfilm: space and gender in post-war German film (2017)

Recent and ongoing PhDs in German studies span a broad range of periods and topics, and we welcome enquiries and proposals relating both to discrete specialisms and to interdisciplinary and cross-disciplinary work.