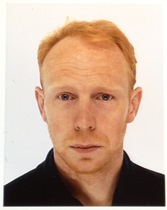 My research looks at French and comparative literature. It links these literatures to two particular areas: that of philosophy, and that of language and translation. Practising as a regularly published translator informs my approach to the latter area.

My D.Phil. (2011) looked at fragmentation and dialogue in the work of Maurice Blanchot, on whom I have published numerous articles. I am the co-editor of the collective volume Blanchot romantique (2010), and the translator of Christophe Bident’s ambitious 632-page Maurice Blanchot: a Critical Biography (2018).

Working on Blanchot and the Romantics led me to a thinker who also studied these figures, Lacoue-Labarthe. I published Philippe Lacoue-Labarthe: (Un)timely Meditations (2015) and am the author of various other pieces on this philosopher, poet, translator, and playwright. I have also published on Lacoue-Labarthe’s longtime collaborator Jean-Luc Nancy, and am the translator of various works on and by him, notably Adoration: the Deconstruction of Christianity, II (2013).

Lacoue-Labarthe dedicated much of his thinking to Greek tragedy, and this has also been a major interest of mine, leading to publications on tragedy for Lacoue-Labarthe, but also for Roland Barthes and Sarah Kofman.

In its ancient Greek setting, tragedy had important roles in education and the regulation of sensibility. The education aspect has paved the way for a project reflecting on the institutions we inhabit and represent, and the question of catharsis has led me to co-edit a special issue of the journal Paragraph on Sarah Kofman and the Relief of Philosophy (2021).

I teach a variety of French language and translation modules, as well as French and comparative cultural modules. I am also convenor of the following modules:

I graduated with a BA (first-class), M.St., and D.Phil from the University of Oxford. I remained at Oxford for a JRF and various lectureships, also holding positions at Cardiff and Warwick before coming to Reading. I have won several prizes including the Junior Paget Toynbee Prize for Dante Studies, and I was AHRC/ESRC visiting fellow at the Library of Congress.

Details of publications not listed below (translations, reviews, and others) are available at: