Analysing the role of law

The role of law within society in the UK, Europe and internationally forms the basis for the world-class work taking place in the Law Research Division.

Our expertise helps us to understand how legal issues shape human society, domestically and internationally. We question how law does, and should, balance the interests of different groups and individuals, and examine the effect it has in influencing, changing and improving the work of social and political institutions.

We have world-leading researchers working on a diverse range of legal issues across all areas of law, but collectively have particular strengths in international law (including research focus on war, human rights and disasters), legal history, law’s impact on commerce and finance, legal philosophy and legal issues related to family, gender and sexuality.

Recent research from our academics has shaped law reform relating to finances following separation; provided unique insights into the application of Shariah family law in England and Wales; has influenced UK and UN approaches to protecting against sexual exploitation and abuse in peacekeeping contexts, and the use of drones in warfare; and is helping the NHS develop more ethical decision-making processes for ‘last-chance’ treatments.

GLAR is Reading’s research hub for public international law, EU law and human rights law. We have an international reputation for research excellence in these areas, with more full-time academics working in them than either Oxford or Cambridge, as well as a thriving postgraduate research community. GLAR has a major seminar series (the Ghandhi Research Seminar Series), which attracts internationally-renowned external speakers from around the world, and releases a regular (free) podcast.

Law, Justice and Society brings together scholars the work of whom is characterised and united by a central focus on the interactions between law, justice and society, as examined through the lens of a range of methodological and conceptual approaches. It includes scholars adopting doctrinal, socio-legal, empirical, historical and theoretical approaches to their chosen subjects and it is the focal point for a number of cross-cutting sub-groupings of research expertise in relation to justice, rights and legal theory; legal history; public policy; and family, gender and sexuality. 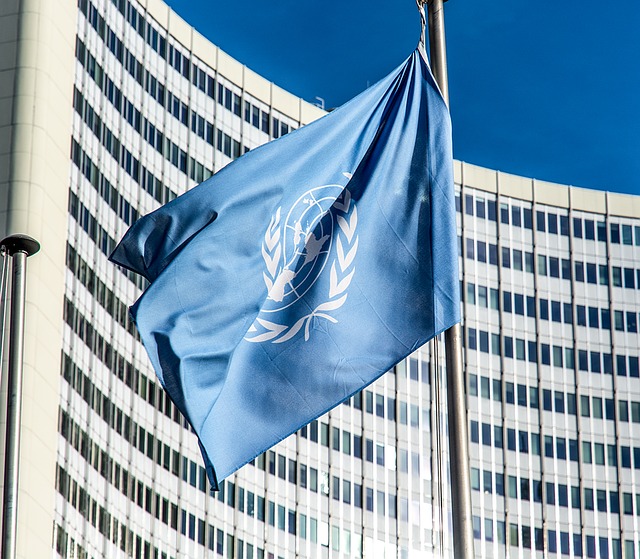 ‘Joint enterprise’ is a principle of common law dating back hundreds of years by which a person may be found guilty of another person's crime if each were acting together for a joint purpose. Dr Kreb’s work to show the injustice of this 'Joint Enterprise' rule was used in a high-profile appeal case to the Supreme Court.

Her examination of the doctrine demonstrated that a radically different approach to liability – based on endorsement, rather than foresight, of harm – was needed to bring fairness and clarity to the law.

As a result, many murder convictions in England and Wales may need to be re-examined, and MPs have debated the issues in the House of Commons.

Although most peacekeeping personnel do their jobs with dedication and professionalism, a few commit offences against children that bring shame on the entire United Nations system.

Professor Rosa Freedman, working in partnership with the organisation ‘Keeping children Safe’ conducted research in peacekeeping entities including in Liberia and Haiti, to identify the barriers to improving child safeguarding.

The team used the findings to develop a robust, evidence-based solution that can be adapted to the local context. Now implemented in thousands of organisations around the world, the toolkit is helping ensure that international standards for child safeguarding are applied worldwide.

Professor Freedman now sits on the UN Secretary-General’s Advisory Board on Sexual Exploitation and Abuse and is a Specialist advisor to the UK Government’s International Development Committee.

Dr Hill-Cawthorne’s research in international humanitarian law has had an impact on law and policy in a variety of ways. His work on detention in non-international armed conflict, for example, was cited by the Court of Appeal in England & Wales and the UK Supreme Court, and it has informed his engagement with organisations such as the UN Working Group on Arbitrary Detention, which he has advised. Furthermore, his work on the use of armed drones in military operations has led to considerable engagement with international and civil society organisations. Within this field, he has advised the UN Special Rapporteur on Extrajudicial, Summary and Arbitrary Executions, co-written evidence on the subject for the UK’s Parliamentary Joint Committee on Human Rights, and been appointed by the Human Rights Institute of the International Bar Association to a Task Force on armed drones. 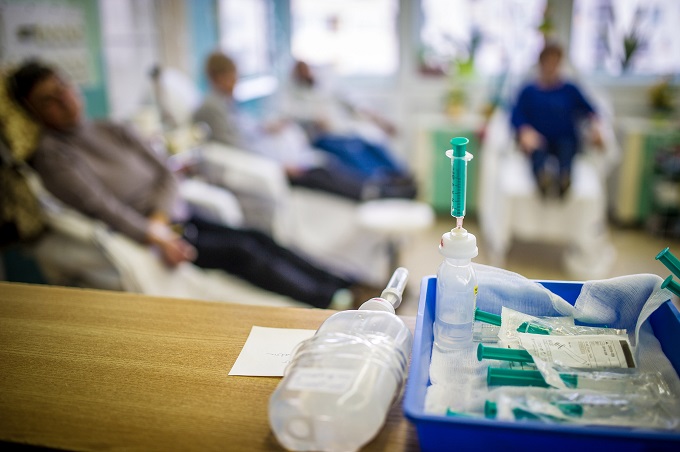 priority setting in the Nhs

For patients who are chronically or terminally ill, access to ‘last chance’ treatments can seem like a lottery. Professor Newdick’s advice as member of an independent inquiry committee has helped end ‘postcode’ rationing across NHS Wales and introduced a clear national policy focused on patient benefit and value for money.

Most medical treatments and services are widely accessible on the NHS. But where they fail to offer value for money, or are unlikely to work, access can be restricted.

In these cases, Individual Patient Funding Requests can be made by a doctor on behalf of a patient. The requests often relate to ‘last chance’ treatments for chronic or terminal illness, and in Wales alone up to 700 requests are made each year. However, there has been widespread discontent with the system because patients and relatives find it unfair and inconsistent.

Professor Chris Newdick, a specialist in medical ethics and NHS priority setting, has provided valuable expertise as a member of the Committee of Public Enquiry that investigated the funding process for the NHS in Wales. After wide-ranging consultation with patients, the public and health boards, the committee recommended an end to so-called ‘postcode’ rationing and clearer criteria for health board decision-making across the country.

The Welsh Cabinet Secretary accepted all the committee’s recommendations, including the need for a consistent national policy on the issue. Now everyone has a clear framework within which to consider the benefit to the individual patient while being mindful of value for money.

Following the Welsh policy reform, the recommendations have now been adopted in Berkshire by the Thames Valley Priorities Committee. Both are examples of how academics and NHS service providers work in partnership to ensure best practice and improve fairness, consistency and clarity for doctors and patients. 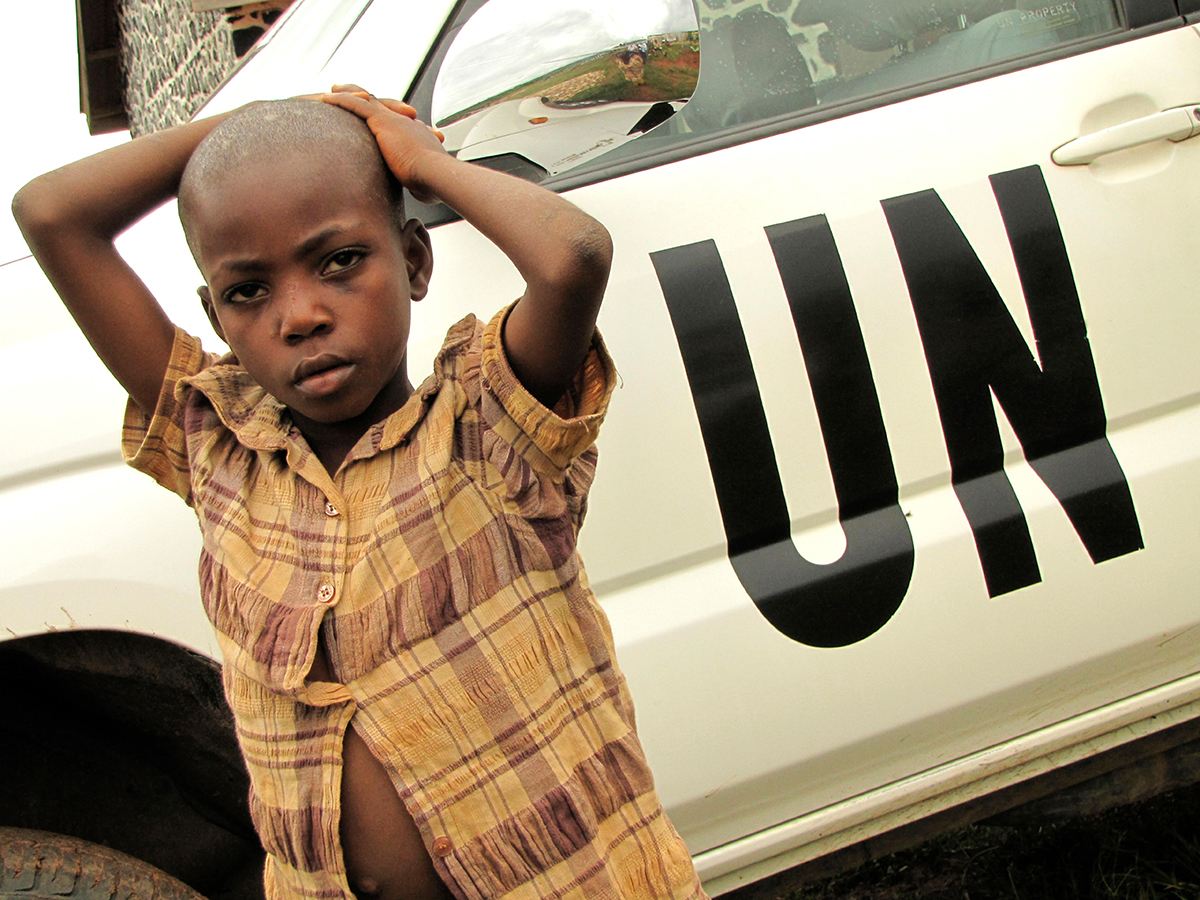 safeguarding children in conflict and crisis

Children in conflict zones are safer thanks to robust guidelines developed by Professor Rosa Freedman in partnership with the specialist organisation, Keeping Children Safe. The guidelines are transforming the way peacekeeping forces are recruited and trained and help ensure international standards for child safeguarding are applied worldwide.

Most peacekeeping personnel do their jobs with courage, dedication and professionalism. But those who commit sexual offences bring shame on the entire United Nations system and betray the trust of those they are sent to protect. Current laws, policies and practices to tackle child sexual exploitation and abuse lack consistency across organisations within the UN, making effective solutions difficult to deliver.

Human rights lawyer Professor Rosa Freedman has worked in partnership with the specialist organisation Keeping Children Safe to develop a safeguarding toolkit to tackle this complex challenge. It includes guidance on policy development, procedures, training and accountability measures and has been implemented in thousands of organisations around the world.

The toolkit is based on international standards for child safeguarding and research and engagement with peacekeeping forces in Argentina, Brazil, Ghana, Haiti, Liberia, and Uruguay. It empowers an organisation to assess its policies, consider local and international laws and develop plans that will work within different environments. It helps organisations to demonstrate their commitment to addressing child sexual exploitation and adhere to global standards while ensuring staff understand the local context they are working in.

Professor Freedman now sits on the UN Secretary-General’s Advisory Board on Sexual Exploitation and Abuse and is a Specialist Advisor to the UK Government’s International Development Committee, providing the UN and the UK with the advice they need to ensure children in conflict zones worldwide are protected against exploitation.

"This has the potential to go a very long way, contributing to a real shift in attitudes among the United Nations and armed forces about ethical behaviours with civilian populations."

Shaping the rules of modern warfare