Our work builds on the long tradition of development research at the University. We work with partners in countries around the world to explore common themes such as relative poverty, precarious work, marginalisation, urbanisation and cities, rural development, and climate change. Our research cuts across disciplines, including Agriculture, Economics, Geography, Law and Meteorology, and working across these boundaries is a key part of what we do. Division members possess expertise in a wide range of methodological approaches, with particular strengths in communications and public engagement. The Division has close links with the Walker Institute.

In the latest Research Excellence Framework 2021 results, our research was ranked ninth in the UK by Grade Point Average (research quality), with 91% of our research overall rated 4* (world-leading) and 3* (internationally excellent). Our research was submitted as part of Unit of Assessment 22: Anthropology and Development Studies. 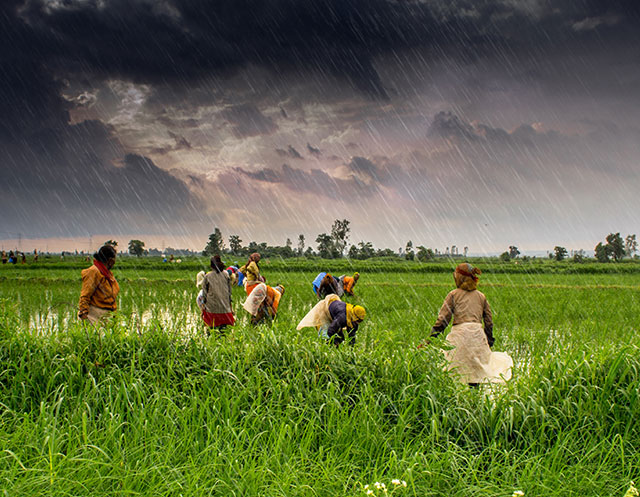 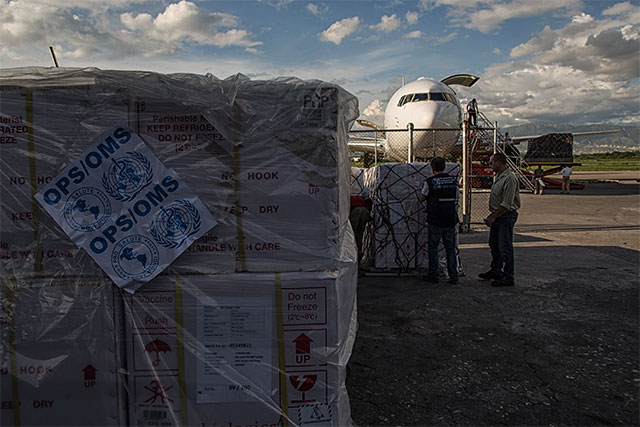 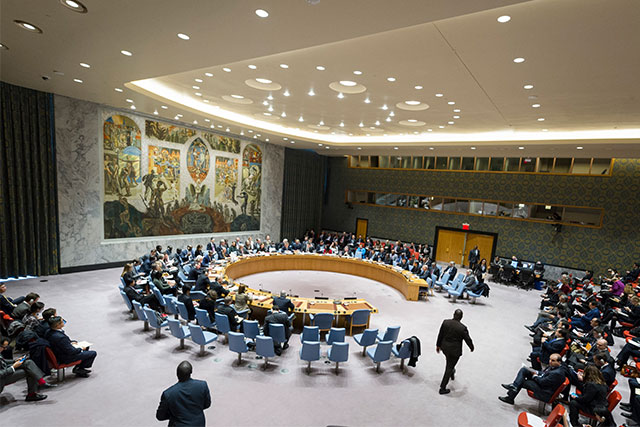 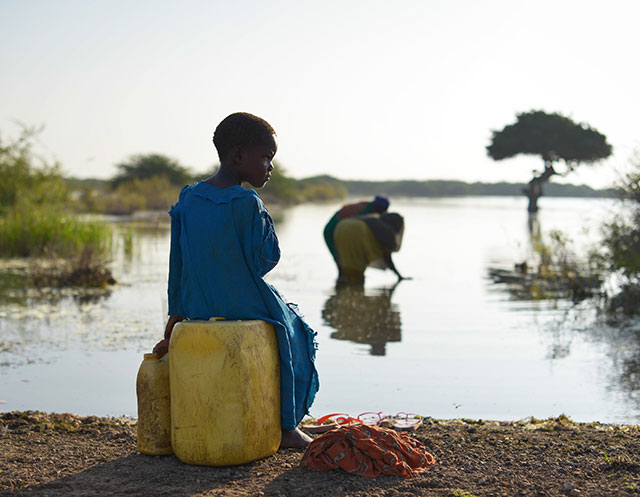 The Global Development Division is home to many research projects aiming to tackle global challenges and support the delivery of the UN’s sustainable development goals. Some examples include:

Smallholder farmers are key to food security in sub-Saharan Africa, where two thirds of the population depend on small-scale, rain-fed farming as their main source of food and income. But these farmers face high risks and difficult decisions when planning their activities because of highly variable climatic factors such as the amount of rainfall in a growing season, the timing of seasonal changes, and extreme conditions like dry spells and floods.

The PICSA approach, developed by agriculture specialists and meteorologists in Reading and local partners in African countries links local climate, crop, livestock and livelihood information with participatory planning and decision-making tools for farmers. These tools help them decide the best farming and livelihood options for them, for example when to plant crops.

Safeguarding children in crisis and conflict

An approach developed by Professor Rosa Freedman is being used by international peacekeeping organisations to facilitate the protection and safeguarding of children in conflict and crisis zones around the world.

Based on research conducted in peacekeeping entities in Liberia and Haiti, Professor Freedman has worked in partnership with NGO Keeping Children Safe to develop a safeguarding toolkit to tackle this complex challenge. The approach outlined in the toolkit now underpins the child safeguarding policies used by all UN agencies, including the World Health Organization, UNICEF and the UN Refugee Agency, as well as those used by the armed forces of many troop-contributing countries and by 16 of the largest NGO partners of the UK Department for International Development.

Professor Freedman has been appointed to the UN’s newly established Civil Society Advisory Board on Prevention of Sexual Exploitation and Abuse. She has advised over 300 military personnel and diplomats on safeguarding and been invited to serve on the FCO’s Women, Peace and Security Steering Committee.

Secure access by the rural poor to water in Africa is central to the achievement of the UN’s Sustainable Development Goals. More than 500 million Africans are dependent on groundwater.

With growing demand for its use, the resilience of aquifers in the face of climate, population growth, and changes in land-use is key to ensuring secure access to water. To address these challenges, the Walker Institute is leading the BRAVE project implementation in Ghana and Burkina Faso.

The programme communicates data provided by the Rainwatch platform and aims to help local communities prepare for the challenges related to climate and water in the coming months.

Since 2014, Dr Sally Lloyd-Evans (Geography) has been working alongside residents in the Whitley area of Reading to develop a collective now known as the Whitley Researchers. Armed with participatory research tools, the team is identifying needs within the community to help address issues of economic and social exclusion.

In partnership with Reading Borough Council, this phase seeks to understand and highlight young people’s attitudes and aspirations to further education, transitions to work, and their future lives. The methods are fresh, innovative, and often unique. A group of 13-14 year-olds at the John Madejski Academy have become the Whitley Young Researchers who now devise their own research questions and approaches.

Safeguarding children in crisis and conflict

Most peacekeeping forces do their jobs with courage, dedication and professionalism. But those who commit sexual offences bring shame on the entire United Nations system and betray the trust of those they are sent to protect. Current laws, policies and practices to tackle child sexual exploitation and abuse lack consistency across organisations within the UN, making effective solutions difficult to deliver.

Human rights lawyer Professor Rosa Freedman has worked in partnership with the specialist organisation Keeping Children Safe to develop a safeguarding toolkit to tackle this complex challenge. It includes guidance on policy development, procedures, training and accountability measures and has been implemented in thousands of organisations around the world. In 2019 Professor Freedman was invited to join the UN’s newly established Civil Society Advisory Board on prevention of sexual exploitation and abuse.

Cemeteries and crematoria as public spaces of belonging

Professor Avril Maddell (Geography) is leading a cross-Europe study of cemeteries and crematoria ‘gardens’ as public spaces and their role in social exclusion or cultural inclusion and integration of migrants and minority communities. In the context of COVID-19, she reflected on the need to ensure funeral preparations respect and meet the needs of diverse communities, especially in times of crisis.

Indigenous Andean peoples have consumed coca leaf for over 4000 years, but since the mid-19th century, coca has also served as the principal raw material in refined cocaine, fuelling an international trade in illegal drugs. Today, an estimated 237,000 rural families in Bolivia, Colombia and Peru cultivate the leaf in areas characterised poor infrastructure, high rates of poverty and limited access to services.

Working with local research partners, Thomas Grisaffi (Geography) is analysing the coca trade to compare the crime and security approach taken by the Peruvian and Colombian governments and the policy in Bolivia which focuses on traditional uses of the leaf and limited production through community-level control. The aim is to identify best practices and promote South-South cooperation by linking farmers, policymakers, advocates and scholars in both countries.

Picturing challenges of life in paradise

Every day, island communities in the Maldives feel the impact of environmental change caused by tourism and human activity. Working with residents in the small islands of the North Malé atoll, Alex Arnall (International Development) used cameras to build a picture of their everyday lives and the changing environment.

The research revealed three major changes causing great concern among local people. The erosion of coastline due to natural forces and coastal engineering, the accumulation of rubbish washed-up on the shoreline, and the rapid expansion of the built environment for tourists. These concerns were brought into sharp focus at an exhibition of the islanders’ photographs in Malé, attended by the public, local and international policymakers. With new skills and confidence, island communities are now better equipped to articulate their concerns and propose locally driven solutions.

The Global Development Division cuts across several departments offering doctoral students in affiliated schools the opportunity to benefit from supervision and support from across the Division, if they so desire. Opportunities for global development doctoral research are available in the four schools from which Division members are drawn. Find out more on the Graduate School’s Find a PhD page.

The Division is particularly looking to attract potential students with research interests in the following areas: 1) Politics, justice and environmental governance; 2) Livelihoods, food and agriculture; 3) Wellbeing, gender and care; 4) Empowerment, participation and labour.

Keep up-to-date with the latest publications, conferences and events on our research news and events web page.