Reading University’s Flavour Centre has been at the centre of an innovation in smoked foods: making them taste even better while removing harmful smoke compounds. 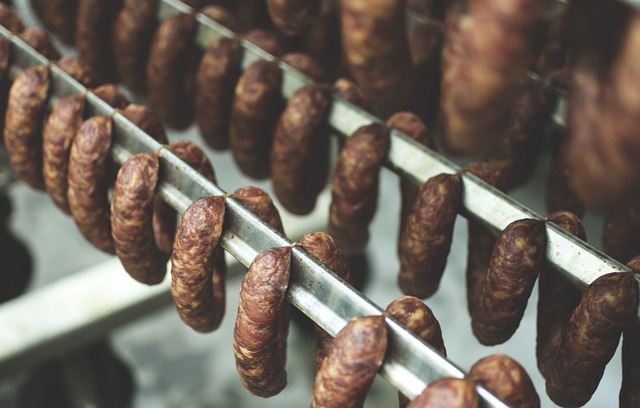 The drawbacks of smoking

Smoked and smoke-flavoured foods have become an increasingly popular part of the UK diet in recent years. A wide range of smoky rubs, sauces, seasonings and marinades can be found on the shelves of many supermarkets. However, the smoking process can generate harsh and acrid flavours and consumers may worry about cancer-causing chemicals that can be found in smoke.

Chemist Dr Jane Parker is founder of the University of Reading’s Flavour Centre. She was a pioneer in the development of a new filtration technology to improve the smoking process, working with innovative smokery BeSmoke, and food scientist Dr David Baines. Their aim was to develop a technology to significantly reduce carcinogenic polycyclic aromatic hydrocarbons (PAHs) in smoked foods and food ingredients, without losing the desirable smoky flavour.

Zeolites are highly regular and porous materials commonly used in filters, where they act as a sieve to trap molecules of a certain size or shape.

Dr Parker studied the effectiveness of filtering wood smoke through a zeolite of different grain sizes, using different pre-treatments to activate the mineral. These laboratory studies at Reading are the basis for a highly efficient and cost effective industrial filtration process that removes more than 90% of harmful PAHs from wood smoke.

This ‘clean’ smoke was then applied to ingredients directly, or used to impart smoky flavour to brining solutions.

According to both chemical analysis and human tasters, foods treated with the zeolite-filtered smoke have a better flavour profile than those that have undergone traditional smoking techniques.

From lab to plate

The innovative smoking technology is trademarked by BeSmoke as PureSmoke technology (PST). It was launched to the food and drink industry in 2016 and quickly used in the development of two products: Tesco’s Rich and Smokey Stockpot and Fever Tree’s Smokey Ginger Ale.

Several more food companies and retailers are now looking to use PureSmoke technology to improve the flavour and reduce the carcinogens in mainstream food products, such as smoked bacon and chicken.

BeSmoke’s founder Huw Griffiths said: “The collaboration with the University of Reading’s Flavour Centre has resulted in a truly ground-breaking technology given great credibility by its association with this centre of academic and research excellence.

“PureSmoke has gained significant traction within the global food and flavour industries, and rightly so. It is becoming widely accepted that a reduction in carcinogens in smoked food is an achievable and worthy objective. Furthermore, the enhancement of flavour from PureSmoke Technology is presenting wide commercial opportunities as well as opening the door to further research and development projects.”

Find out more about Dr Jane Parker’s research on her Staff Profile.