Snakebite is a significant occupational health issue around the world, particularly in developing countries, and is classified as a ‘neglected tropical disease’ by the World Health Organization. Globally, it affects nearly 5 million people and causes around 150,000 deaths each year. This burden falls disproportionately on agricultural workers. 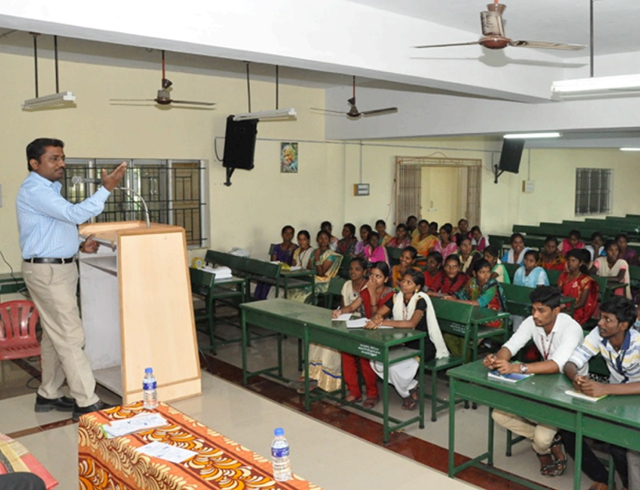 Researchers led by Dr Sakthi Vaiyapuri from the University of Reading’s Pharmacy research division surveyed almost 30,000 households in rural Tamil Nadu to understand how frequently snake bites occur and the health and socio-economic impacts. The team’s findings highlight the impact on rural populations and will help improve snakebite management in India and other countries in South Asia.


A major concern in rural areas

The researchers found that 4% of the people surveyed had suffered snake bites and they disproportionately affected agricultural workers – 79% of the people who had been bitten were in the fields and 72% were working at the time. A further 19% were bitten while walking close to home. The great majority (82%) were bitten on the leg or a foot, and 16% on the lower arm or hand.

The socio-economic impact of this is considerable in terms of the cost of treatment, lost working days and lost income, as well as the long-term impacts on health, disability and the ability to work. While most victims (84%) were in hospital for less than a week, one in six (14%) were hospitalised for between one and three months, and almost half (47%) had to take between one and six months off work. The survey also showed that, while 47% of respondents suffered no major economic loss, almost a third lost crops or cattle up to the value of between Rs20,000 and Rs30,000 (US$420), and 20% of victims lost jewellery of between Rs10,000 and Rs100,000 (US$1400) in value.

In addition, over 80% of the survey respondents had to pay for treatment. For half (51%), this was less than Rs5,000, but for one in ten people it was a very significant cost over Rs50,000 (US$700). They all said they would like to see improvements to the accessibility and affordability of anti-snake venom treatment.

Following this work, Dr Vaiyapuri and team are now focusing on raising public awareness about how to avoid snakebites and on first aid if someone is bitten. They have developed a programme of community education, being rolled out in rural villages, in schools and colleges through awareness camps, and by distributing clear information leaflets.

Working with clinicians in Tamil Nadu, they are developing a diagnostic kit. This will help medical staff with little or no specialist training to treat snakebites and will cut costs by reducing the unnecessary use of anti-snake venom. It will also assist clinicians in decide on appropriate further treatment. Alongside this, Dr Vaiyapuri’s ongoing lab research is working to develop alternative therapeutic approaches through better understanding of the individual toxic components in a range of snake venoms, and developing small molecule inhibitors for venom proteins.

Prevention is better than cure. Four easy steps for government to reduce the economic impact of snakebite and burden on rural communities would be to:

Provide full cover for emergency snakebite treatment through the Government Medical Policy schemes in any hospital.

Future steps might include ensuring better supply of anti-snake venom in rural hospitals and providing disability compensation and enhanced compensation for deaths for victims and their families.

How to avoid snakebite:

• Be vigilant when near bushes or in fields
• Wear protective gloves and shoes when working in fields
• Supervise children playing outside
• Use a torch when walking at night
• If you see a snake, don’t touch it. Give it a clear path to leave the area, or call the fire service (101) for help.

What to do if a snake bites you:

•Stay calm
• Apply a pressure bandage over the bite
• Call for help
• Keep as still as possible and use a stretcher
• Get to a hospital as quickly as possible
• Give the doctor full information
• In an emergency, call 108.