Reading helping to inspire next generation of creative arts

Current and former students and staff from the University of Reading have been inspiring and entertaining the world through their contribution to the creative arts. 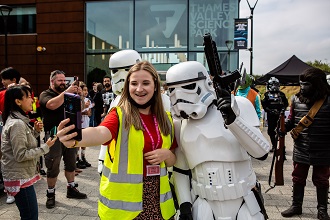 Current and former students and staff from the University of Reading have been inspiring and entertaining the world through their contribution to the creative arts.

Reading is joining a national celebration of the role that universities play to inspire and nurture creativity. The #CreativeSparks campaign is being run across the country by Universities UK, which includes a list of 100 ‘creative sparks’ from UK universities to showcase the importance of the creative industries and to celebrate the immense contribution of UK universities to the sector. Among the high-profile creative arts alumni who studies at the University of Reading, children’s author and poet Michael Rosen is featured.

“The creative industries are a fundamental part of what makes this country, and our world what it is. I admire every student and colleague, past and present, who has sought to express themselves through the creative arts.

“Our creative arts industries are also a significant contributor to our economy. The University of Reading has developed an ecosystem at the Thames Valley Science Park, which will see world-class film and TV production. Our academics have worked with globally recognised artists as part of Reading International. And there are countless other examples where our community has been an inspiration to others through their creativity.”

But there are fears that this contribution could now be under threat, with two thirds (67 per cent) of UK parents acknowledging that creative industries have suffered greatly as a result of the pandemic.

Alistair Jarvis CBE, chief executive of Universities UK, said: “Universities are places where creative ideas flourish, where innovation happens, and where businesses employing thousands of people are started. They’re where the nation’s creative sparks are ignited.”

The project, launched by the University of Reading on the Thames Valley Science Park, will help provide a range of new jobs to the Thames Valley, attract inward investment to the UK, and help the British TV and film sectors to expand and diversify its talent pool.

Reading International was a million-pound arts scheme led by the University of Reading, in coalition with local arts organisations and Reading Borough Council. It aimed to bring world class art to the town, which had unfairly become seen by many to lack culture.

Creative events included a popular exhibition in Reading Prison that explored the work of its most famous inmate, Oscar Wilde, as well as other provocative and unusual public art displays in the town centre 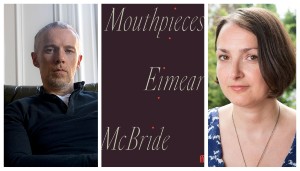 The University of Reading holds the Beckett Collection, the world’s biggest archive of manuscripts, notebooks and correspondence belonging to Samuel Beckett. As part of the ongoing work to celebrate the Nobel Prize-winning author, the University supports the Samuel Beckett Research Centre and the support for Creative Fellows to create new work inspired by the archives. 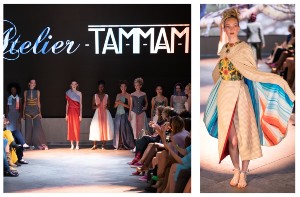 A partnership between climate scientist Professor Ed Hawkins MBE and fashion designer Tammam saw a climate visualisation being worn at London Fashion Week 2021. The sustainable couture designer, Tammam, turned the iconic stripes into an eco-friendly clothing range, the ‘Flight’. The themed collection featured a range of textiles inspired by the climate stripes graphic, which has been adopted and shared all over the world in recent years as a symbol of climate action.

We will also be featuring stories of Reading academic creativity on the Staff Portal – if you would like to nominate an example to be featured, email communications@reading.ac.uk.