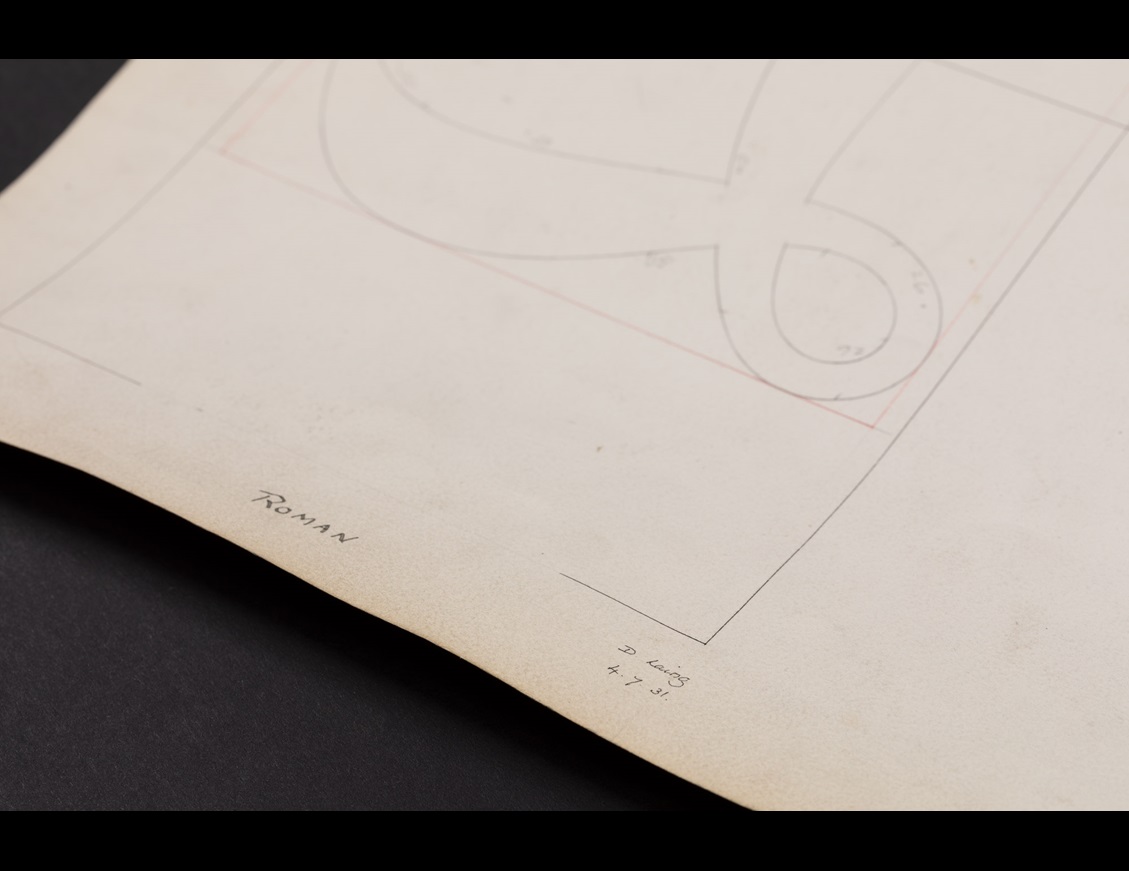 On 8 April 1931, Dora Laing began producing what is now arguably the most famous and well-used typeface in the world. Yet her work, and that of her female colleagues, on creating the Times New Roman font is now credited to two men.

Laing, aged 25 at the time, was part of a team of ‘draughtswomen’ working for UK typeface company Monotype. Over the course of around three weeks she made technical drawings and fixed measurements to help create a complete set of letters and numbers that matched the Times New Roman design, using skills she had built up over almost a decade at the company by that point.

The team’s work was carried out under the direction of Monotype typographical advisor Stanley Morison, using sketches made by Victor Lardent, a draughtsman for The Times newspaper, between whom historians have shared the acclaim. Initially created for exclusive use by The Times in 1932, the typeface has since been used by millions as the default font on Microsoft Word.

We know about the major contributions Laing and other women made to typeface design throughout the 20th century from archived company job logs and diaries being studied by University of Reading Typography researchers.

Through their Women in Type project, they have studied the lives and careers of women who worked in type drawing offices between 1910 and 1990 at two major British typeface companies: Monotype and Linotype. Interviews and archives have revealed untold stories of achievements that earned women like Laing respect from management.

The project, funded by the Leverhulme Trust, aims to finally give these women, whose names and contributions have been largely forgotten, the credit they deserve for their influential work producing well-known typefaces like Arial, Gill Sans and Centaur, as well as for the notable skills they developed and frequently demonstrated. 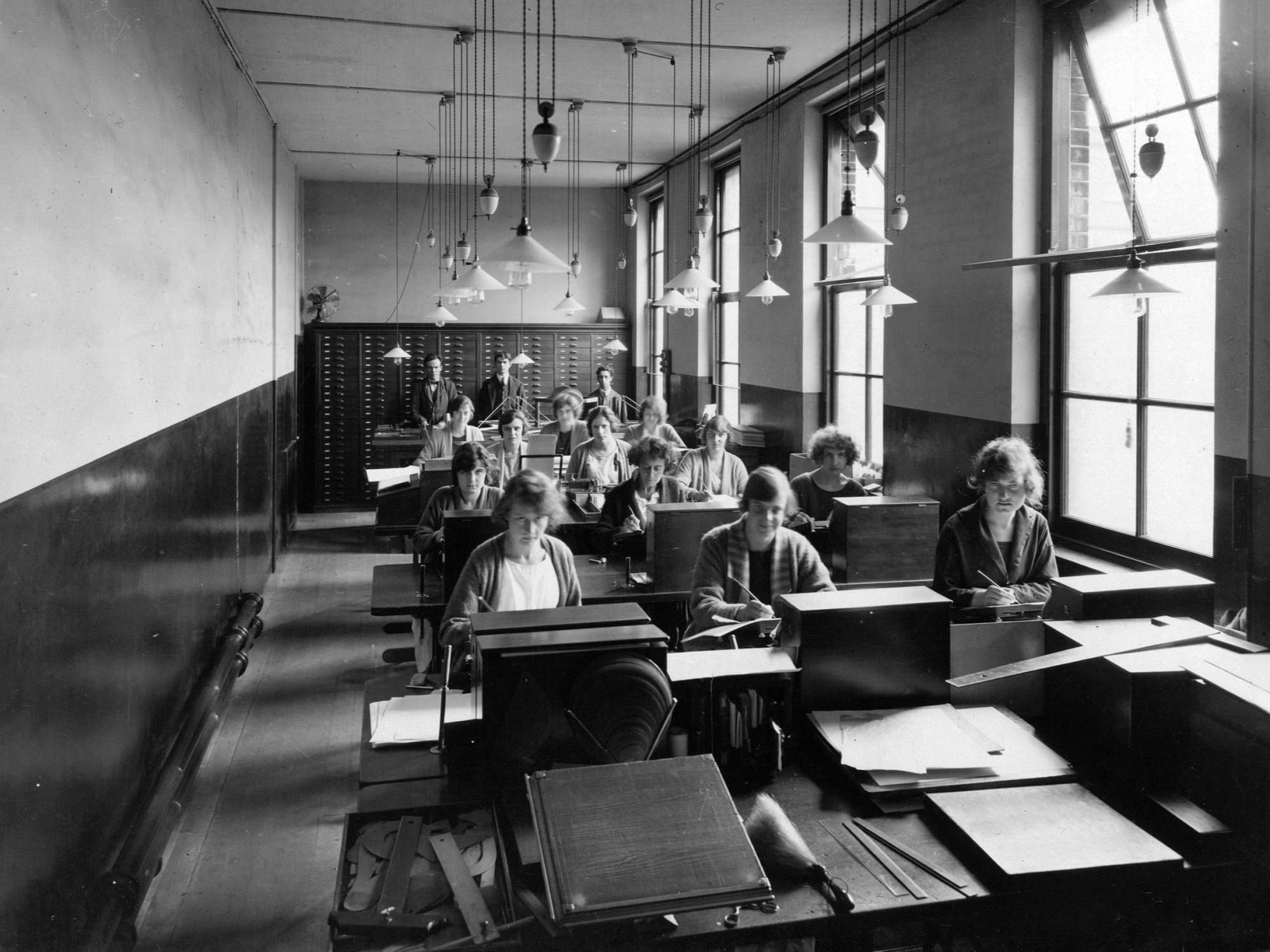 In the early 1900s, Monotype and Linotype predominantly employed young women in their typeface design offices. They worked to create finished and functional typefaces from a designer’s original drawings, tracing large letters and numbers and sketching variations like italics and bold versions.

The aim in the first half of the 20th century was to produce letter and number moulds (matrices), which molten metal could be injected into to create printing type for use in newspaper and book production.

The women in these offices would typically be recruited as school-leavers and work for a small number of years before leaving to start a family. Some of those interviewed for the Women in Type project recall the women workers were therefore sometimes patronised by their senior male colleagues, and not encouraged to build up their knowledge or skills.

There were, however, exceptions, with Laing, Dora Pritchett and Patricia Saunders some of the names of women who enjoyed long and industrious careers.

Dr Alice Savoie, typeface designer and lecturer at the University of Reading, and principal researcher on the project, said: “There is a misconception that popular typefaces we use every day were the work of individual, usually male, designers. In fact their production involved multiple skills and people, many of whom were women.

“We hope this project will change these perceptions by bringing to life the vital role women played in typeface production, against the odds.”

Professor Fiona Ross, Professor in Type Design at the University of Reading and project lead, said: “Documenting these stories is an essential step in acknowledging the crucial, yet overlooked, contributions of women working in type-drawing offices during the last century.

“Their work is still visible today, and it is time that the stories of these women be also made visible.” 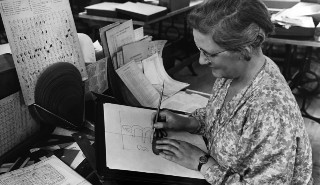 Her diaries show that she worked 8 ½ hours Monday-Friday and 4 ½ hours on Saturdays, and meticulously logged tasks, typefaces she worked on, and instructions she received from bosses.

Records show that she was a leader who passed on her knowledge to colleagues. Having remained unmarried and childless, she stayed at Monotype and moved up the ladder, and by the end of her career she had moved to a separate office with small number of senior staff with key company knowledge. This demonstrated the respect she had gained through her work. 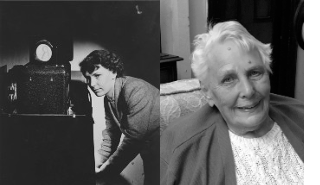 Born Patricia Mullett in 1933, Saunders also worked for Monotype, joining in 1951 and training as a drawing clerk.

Despite her telling the Reading researchers that it was not encouraged, she fought to advance her career, developing her knowledge and skills in type design. She went on to have a successful career during which she contributed to the production of the Arial and Corsiva typefaces – both adopted by Microsoft as core fonts in the 1980s.

Saunders married colleague David Saunders in 1959 and left to start a family in 1960. However, unlike most other women who worked in typeface design offices, she returned to the company in 1982.

Upon rejoining Monotype, she had to adapt to new digital laser phototypesetting technology, which was commercially launched by Monotype in 1976 and uses a laser beam to write out text made up of pixels and to output complete pages containing text and graphics.

She went on to design the Columbus typeface in 1992, which she described as a digital typeface ‘with a Spanish flavour’. This completed her journey from trainee to credited designer, as she was praised by Monotype for her experience, skill and judgment.

Today, demand for new typeface designs continues, with a range of existing and new media requiring tailored letterforms that meets their users’ needs. For example, the rise of virtual reality means typefaces that work for headset users are needed, while many companies require effective fonts for their increasing broadcast news channels.

Reading is a unique centre for Typography and a leading place for the research and study of type. The University has extensive collections dedicated to the history of typeface, including globally significant designers, Olympic Games posters, and printing presses.

The Women in Type website itself uses two typefaces designed by women type designers: Gig by Franziska Weitgruber, and Grotesque 6 by Émilie Rigaud.