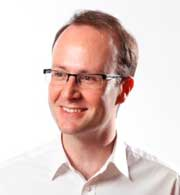 Stuart welcomes Ph.D students in his areas of interest/expertise (as detailed below). He is currently supervising the following students:

Stuart graduated from Gonville & Caius College, Cambridge in 1999. He then qualified as a barrister before embarking on postgraduate studies at University College London (UCL). He taught tutorials and seminars in public law and jurisprudence at UCL from 2003-2012. He was appointed to a Teaching Fellowship at the University of Reading in 2006. He was appointed as a lecturer in July 2009.