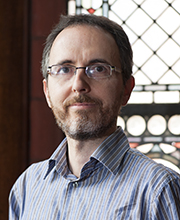 Professor Chris Hilson joined the School of Law of the University of Reading in 1996 from the Environmental Services Association, where he acted for a short time as a policy advisor to the waste industry. Prior to that he was a lecturer in law at the University of Leeds from 1993-1996.

His PhD from the University of Sheffield involved a study of pollution control in its regulatory context. He was the Editor-in-Chief of the Journal of Environmental Law from 2008-2012 and has acted as an adviser on environmental law to NGOs including ClientEarth and Friends of the Earth.

His current research interests are in the areas of UK, EU and comparative environmental law and policy, climate law, and law and social movements.