James was born in Sutton and learnt to row while a student at Kingston Grammar School. He rowed in the Junior World Championships in 1989 and 1990, winning a gold medal, and went on to represent Great Britain in the senior squad.

He qualified for the double scull in the Atlanta 1996 Olympic Games but had to withdraw due to illness. This disappointment was short-lived: the following year he teamed up with Sir Steve Redgrave, Matthew Pinsent and Tim Foster and won the World Championships for three consecutive years, before finally striking gold at the Olympic Games in Sydney in 2000.

James spent a period competing in pairs with Matthew Pinsent, winning World Championship titles in the coxless pair (2001 and 2002) and the coxed pair (2001). He re-joined the coxless fours for the Athens 2004 Olympics, winning another gold.

Following his formal retirement from competitive rowing, James has continued to inspire others. He completed the gruelling Amundsen Omega3 South Pole and Race Across the Atlantic rowing challenges with Ben Fogle, and has run both the New York and London marathons as well as the ultra Marathon des Sables. He also works to promote sport in schools and is Vice President of Headway, a brain injury charity.

"Sport at Reading was inclusive and an everyday part of university life for all its students — whether as a leisure pursuit, representing the University, or working towards even higher aspirations." 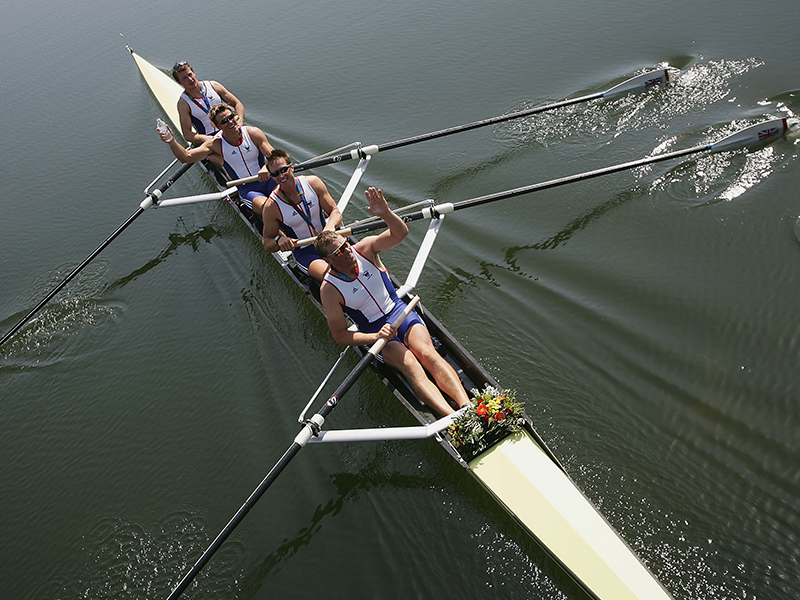