As Vice-Chancellor, Professor Van de Noort has general responsibility to the University governing body – the Council – for maintaining and promoting the effectiveness, efficiency and good order of the University.

Robert chairs the Senate and the University Executive Board and is an ex-officio member of all major committees in the University, some of which he chairs.

In 2020/21 Robert’s annual salary was £198,000. He is a member of the University (USS) pension scheme. The employer pension contribution rate is currently 18% for all USS scheme members.

Robert’s salary and conditions of service are independently determined by the University’s Remuneration Committee, where he plays no part in the decision. 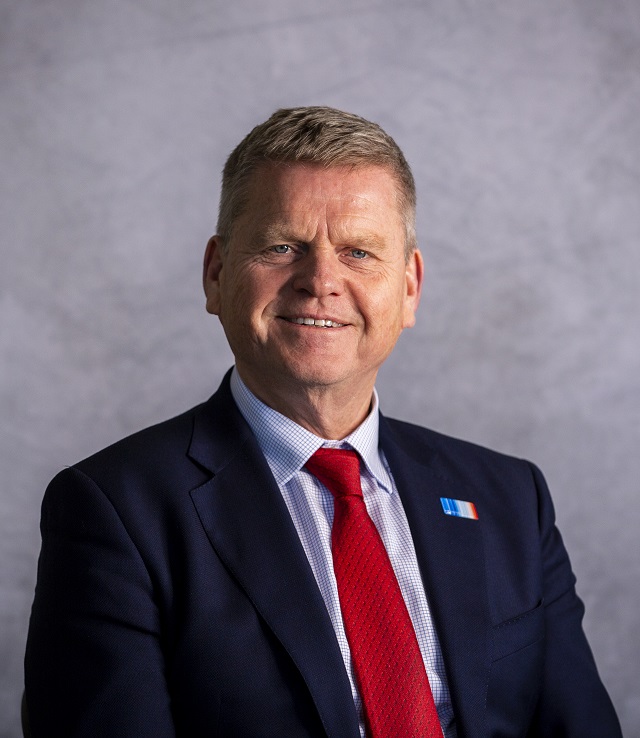 Robert is best known for his research into the archaeology of marine, intertidal and terrestrial wetlands, especially around the North Sea Basin. He directed multi-organisational fieldwork projects in the Humber Wetlands and at Sutton Common in South Yorkshire (both funded by English Heritage), and he was the PI of the AHRC-funded experimental reconstruction of a Bronze Age sewn-plank boat at the National Maritime Museum Cornwall. During the last two decades, he has won major research grants totalling £2.65 million from external organisations.

His most recent monographs are North Sea Archaeologies: A maritime biography 10,000 BC-AD 1500 (OUP, 2011) and Climate Change Archaeology: Building Resilience from Research in the World's Coastal Wetlands (OUP, 2014). Robert is a Fellow of the Society of Antiquaries of London and a Principal Fellow of the Higher Education Academy.

Outside the University of Reading, Robert chairs the Thames Regional Flood and Coastal Committee (RFCC), which helps to provide governance for the Environment Agency Flood and Coastal Erosion risk management functions and cover all flood risks that are not the responsibility of the water companies. Robert receives an annual salary of £17,503 for a commitment of five days per month. Robert has previous experience of chairing the committee and headed the South West RFCC until June 2017.

See a complete overview of the Vice-Chancellor's expenses

We exist to be a University for Reading – January 2022

'Men must own the problem of violence against women' – October 2021

Race equality review prompts actions for a fairer university – May 2021

New strategy our chance to be bold: VC - November 2019

Welcome Week: proud to see our community at work - October 2019

How league tables can affect our ambitions - June 2019