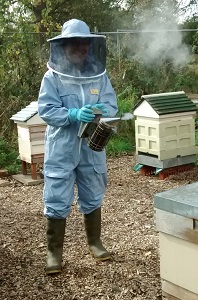 I've been interested in ecology and in particular British wildlife for as long as I can remember. I studied biology as an undergraduate and after a foray into scientific publishing I undertook an MSc in Ecology, Evolution & Conservation at Imperial College London's beautiful Silwood Park campus near Ascot. This led me to Reading for my PhD via a year as an ecological consultant during which I gained practical experience with many British species. My PhD covered various effects of garden bird feeding and the somewhat unexpected recent arrival of the reintroduced red kite (Milvus milvus) in Reading - our research indicates that over 300 kites are fed meat by householders in this highly urbanised area every day. It was during this time that I developed particular interests in how people and wildlife interact and in citizen science. Much of my bird feeding research was carried out in collaboration with local volunteers and I am involved in running two local wildlife groups. I also feel strongly that it is important to conduct research in the 'real world' in addition to scientific field stations where conditions may not match those experienced by many species elsewhere, particularly in urban areas. I will be continuing these themes in my new work on honey bees as my main research project will be taking place in the apiaries of local beekeepers.

The project launched in late September 2016 and will focus on what has become the key problem for many beekeepers around the world: the Varroa mite (Varroa destructor). It was first reported in England in the early 1990s and the Western European honey bee (Apis mellifera) lacks defences to it as it is not the mite's native host. Varroa mites have been shown to spread many harmful viruses to bees and are linked to widespread collapses of honey bee colonies worldwide. Various chemical treatments are available to control mite numbers to below economically damaging levels but resistance is now a problem in some areas. Some beekeepers have found that reducing the size of honey bee cells in hives from 'standard cells' of 5.4 mm width to 4.9-mm 'small cells' (suggested to be the 'natural' size of cells before modern beekeeping methods) has allowed them to control Varroa without chemicals. However, this practice remains controversial as many published scientific studies examining the use of 'small cells' have not found the same benefits.

Our project
Check out the details of our Urban Bird Conservation project to find out how you can take part.
See also
Things to do now