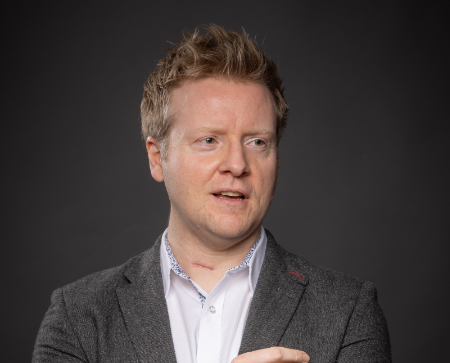 Paul Wragg is a Professor of Media Law at the University of Leeds. He read law at Durham, where he graduated, first, with an LLB Law (first class) and, later, a PhD. His expertise lies in the related fields of free speech rights and privacy law. He has been at Leeds since 2009, having taught previously at the University of Birmingham and Durham University. He is an associate academic fellow at the Honourable Society of Inner Temple, and has been a visiting fellow at the Universities of Sydney and Melbourne. His work has been published in a wide range of journals, nationally and internationally, from generalist titles, such as Public Law and Cambridge Law Journal, to specialist titles, such as Industrial Law Journal and Journal of Media Law, from Sydney Law Review to Ohio State Law Journal.

Professor Wragg specialises in press regulation. He has been a member of the Code Committee at IMPRESS (the UK’s only recognised press regulator) since its inception in 2015. He is a board member of the campaign group, Hacked Off, and a regular contributor to the leading media law blog, Inforrm. His book, A Free and Regulated Press: Defending Coercive Independent Press Regulation was published in 2020 by Hart.