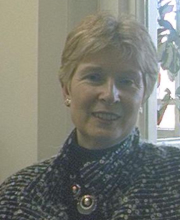 Constitutional law, in particular the law of parliament and the relations between the parliaments and assemblies in the United Kingdom. Her chapter, "The application of civil and criminal law to members of Parliament and parliamentary proceedings", in The Law and Parliament ed. by Oliver and Drewry (1998) was cited by the Court of Appeal in R v Chaytor [2010] EWCA Crim 1910

Professor Leopold is a member of the Study of Parliament Group.

Professor Leopold joined the University of Reading as a lecturer in 1974, being promoted to a senior lecturer in 1991 and to a personal Chair in 2006. She was Head of the School of Law from 2004 to 2009 and retired from the University in September 2010. She continues on a part time basis to work on School alumni relations, assist with the running of negotiation, client interviewing and mediation competitions for students, and help with student employability and the School Pro Bono activities.

She is a Joint Academic Stage Board (JASB) representative taking part in validations and reviews of university law programmes and an external examiner for the University of Southampton.