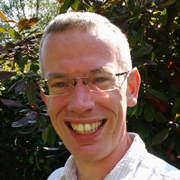 Nick's research explores the law as it applies to land, adopting an holistic approach which views the interaction of land with a broad range of private and public law principles including land law, equity, unjust enrichment, social security, housing law and policy and human rights. His methodology combines traditional doctrinal analysis with theoretical and socio-legal approaches.

Nick's current research focuses on the regulation of the home. He has a particular interest in the legal and policy implications of low cost home ownership schemes, including shared ownership and shared equity arrangements.

Nick is co-author of OUP's Land Law: Text Cases and Materials (2nd ed, 2012) and editor of the 7th volume of the established biennial collection, Modern Studies in Property Law (Hart, 2013).

In 2013, Nick became a Fellow of the Royal Society of Arts.

In 2011 and 2012, Nick was the recipient of the 'best property paper' prize at the annual Royal Institution of Chartered Surveyors COBRA conference.