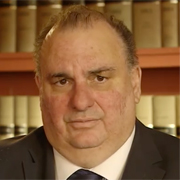 Dr Guira is an experienced energy as well as international banking and finance specialist. He has worked as a lawyer in a variety of roles and previously worked for a boutique which merged into a top 20 US firm, as well as serving as special counsel for hedge funds/private equity firms, hedge funds, and various businesses, and serving as an arbitrator or counsel in substantial multi-million pound disputes.

He has also served as a director for the IMF/World Bank Global Bank Insolvency Project. He has worked closely with various central banks on law reform as well as training initiatives and policy implementation. His experience has taken him to over 70 countries and he has worked with blue-chip clients all over the world in the banking, corporate, and energy sectors as a consultant, trainer, and lawyer.

He is the author of many publications on financial and legal topics and is currently on the Advisory Board for certain PLI conferences and has given keynote addresses at various conferences.