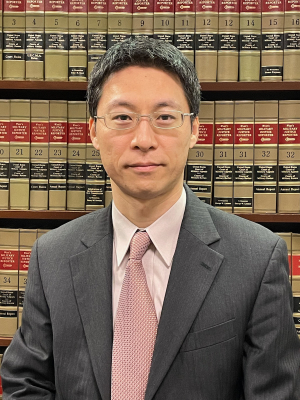 Hitoshi Nasu is Professor of Law at the United States Military Academyand Senior Fellow at the Stockton Center for International Law, United States Naval War College. Prior to his current appointment, he served as Professor of International Law at the University of Exeter, United Kingdom. From 2007 to 2017 he taught law at the Australian National University, where he was also Co-Director of the Centre for Military and Security Law and the Australian Network for Japanese Law.

Professor Nasu publishes widely in the field of public international law, with particular focus on international security law, the law of armed conflict and the law of weaponry. His expertise extends to a wide range of international security law issues, such as collective security, peacekeeping, the protection of civilians in armed conflict, and in different domains including maritime, cyber and space. In particular, he has produced numerous publications that address a variety of legal issues arising from military applications of new technologies, such as nanotechnology and artificial intelligence, as well as contemporary security challenges in the Indo-Pacific theatre.