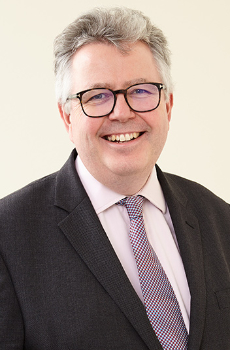 Professor Gerard McMeel QC has held Chairs at three leading UK universities. From July 2020 he will be the Professor of Commercial Law at the University of Reading.

Gerard is a prolific legal writer. He is the author of the leading text on the interpretation of commercial contracts, McMeel on the Construction of Contracts – Interpretation, Implication and Rectification (Oxford University Press, 3rd edition, 2017), which has been cited by courts in England, Ireland, Australia, New Zealand, Canada, Singapore and Jersey.

He is a co-author of McMeel and Virgo on Financial Advice and Financial Products (Oxford University Press, 3rd edition, 2014) and The Law of Personal Property (Sweet & Maxwell, 2nd edn, 2017; 1st supplement 2019).

Gerard also practises at the English Bar. He is a Door Tenant at Quadrant Chambers, a leading commercial chambers in London. He has over 20 years of experience of legal practice, including appellate work in the UK Supreme Court and Court of Appeal. He was appointed Queen's Counsel in the 2019 competition, and was sworn in on 16 March 2020.

His reported cases include:

Most famously, he was counsel for former professional footballer and TV pundit, Alan Shearer in his multi-million pound claim against investment and pension companies in a trial in July 2017 before Mr Justice Leggatt in the Commercial Court, which settled before judgment. Gerard also acts as an expert witness on English law issues in overseas jurisdiction.