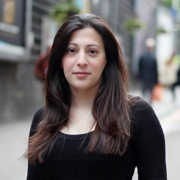 Professor Tryfonidou's main research interests lie in EU law (especially free movement law) and the protection of LGBT+ rights. She is a frequent speaker at international conferences and has been invited to speak at, inter alia, the universities of Oxford, Ghent, Cambridge, Lund, Groningen, Edinburgh, Copenhagen, Durham, Oslo, Bristol, and VU Amsterdam.

In addition to monographs, chapters in edited volumes, and articles in academic journals, Professor Tryfonidou has contributed chapters in reports and studies commissioned by the German Federal Ministry for Family Affairs, Senior Citizens, Women and Youth and by the European Commission.

Moreover, she has co-authored a report on obstacles to the free movement rights of rainbow families in the EU commissioned by the European Parliament PETI committee, and she has written two research reports for NELFA. Her work has been cited by several Advocates General before the European Court of Justice.

In 2004, Professor Tryfonidou completed a traineeship (stage) at the European Commission (DG MARKT – now DG GROW), and in 2010–2011 she was an IALS Visiting Fellow.