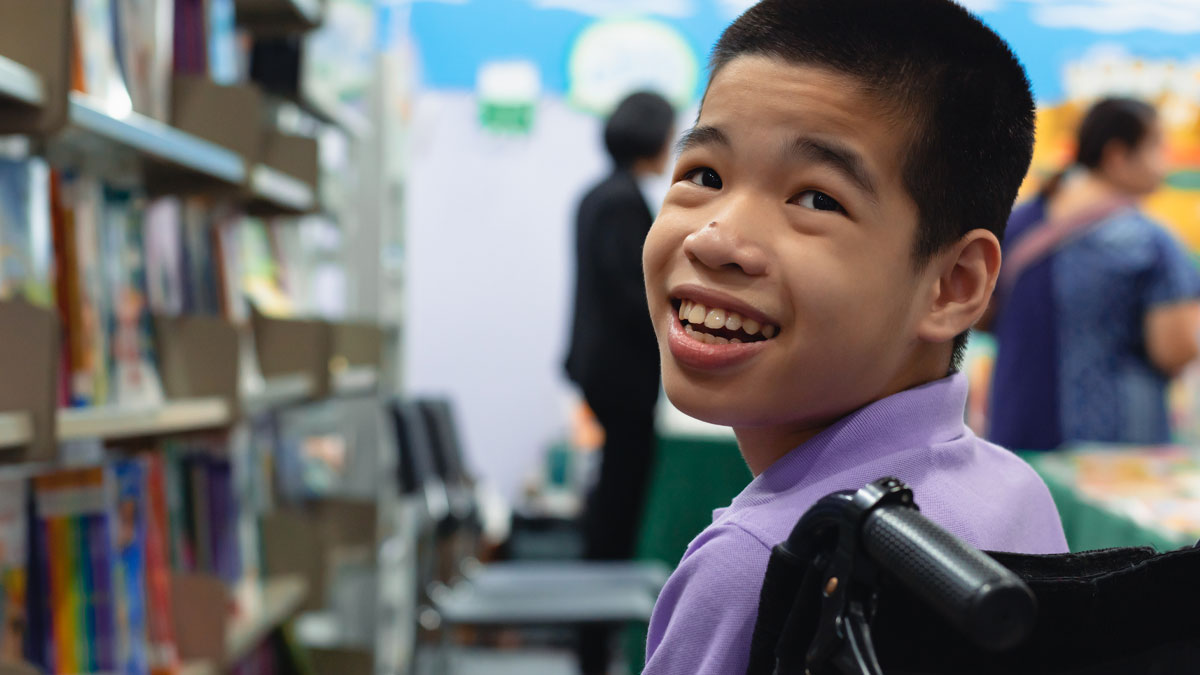 Sufang Li walked into a master's lecture one day out of curiosity and immediately the direction of her life changed. Now, four years later, her doctoral research is helping to change the provision of Special Educational Needs support in China's mainstream schools.

Sufang Li was studying another field of education when, out of curiosity, she walked into Dr Catherine Tissot's lecture about Special Educational Needs (SEN). Sufang was so gripped and fascinated by the lecture that she immediately changed her area of study and started to learn about inclusive education and Special Educational Needs (SEN), specialising in autism. Sufang was completely amazed by the new world she discovered.

"It was so different to what I knew. It was like an epiphany for me. What I'd seen before in China about special needs was that it was just for very obviously disabled children. I walked into that lecture room of Cathy's presuming that it would be irrelevant to my study but I stayed out of curiosity. Listening, I realised that they were actually talking about children who everyone in China would consider completely normal, with no special needs at all. I reflected on my personal experience and that of friends and I realised that there is so much we can do to help those children in China. I just wanted to learn more."

After choosing a new field of interest, Sufang visited several mainstream schools to see how SEN needs were met across a range of different schools.

"What I saw in a grammar school impressed me in particular. I was there all day, and they took me to all the different classrooms with SEN children and explained to me what their specific needs were and what the classes were. I was able to observe the individuals, which was very helpful, including a student with Asperger's, one who was visually impaired, one who had hearing impairment, and another who had dyspraxia. My interest in this field spurs my ambition to improve SEN provision at home in China. While my own people say, "Oh, we are under academic pressure and cannot cater for SEN", highly selective grammar schools in the UK can do it. So, I was really happy to see what I saw on my school visits."

From professional interest to personal matter

As Sufang learned more and started working on her PhD, she was particularly inspired by her Professors Catherine Tissot and Helen Bilton. She praises them both for being "extremely supportive and people of real vision." During her MA studies, As Professor Catherine taught her about Asperger's Syndrome, Sufang's professional interest suddenly took a more personal turn.

"It suddenly dawned on me that my son could have Asperger's syndrome. And indeed, I was sure that a very close member of my extended family had it, too. He was sadly sent to a Chinese psychiatric hospital and so too were a couple of his cousins, uncles and great uncles. Yet all of these people were academically capable; they were just socially awkward. I also remembered friends in China whose children are considered very naughty, disobedient and disruptive: they probably have ADHD. In China, those kids really suffer in school. People just don't know or understand them, and being sent to a psychiatric hospital was the end of their bright future."

This realisation made Sufang's interest in SEN her driving force and may also be, on a subconscious level, what led her to that "irrelevant" lecture in the first place. She hopes to be part of a movement in China which will transform SEN childrens' lives through education; to take her new epiphany back and promote SEN in mainstream education in China. She fervently hopes this will bring about a very powerful transformation for many children.

Sufang also aspires to influence policy in her home country and indeed, her PhD project has already had some influence in China at grassroots level. Sufang has trained student teachers in SEN at a Chinese university, and now her students are spreading out to local schools. She is touched and delighted to see a very positive impact arising from this training, on both her former students and their own pupils. The teachers report that it has influenced the way they teach in the classroom and also their general teaching practice and aspirations. Looking back at her first steps and that random decision to attend Professor Catherine's lecture, Sufang reflects:

"I was shocked and surprised when I first discovered that Special Educational Needs were being addressed in mainstream school environments in the UK. I'd never been trained that way and I'm sure my old professors didn't know about the practice of inclusive education. In China, there is still a gulf between mainstream education and special education, and a lack of awareness of SEN. It takes time to change perceptions and to change actions but I, and others like me, are trying and will keep trying."