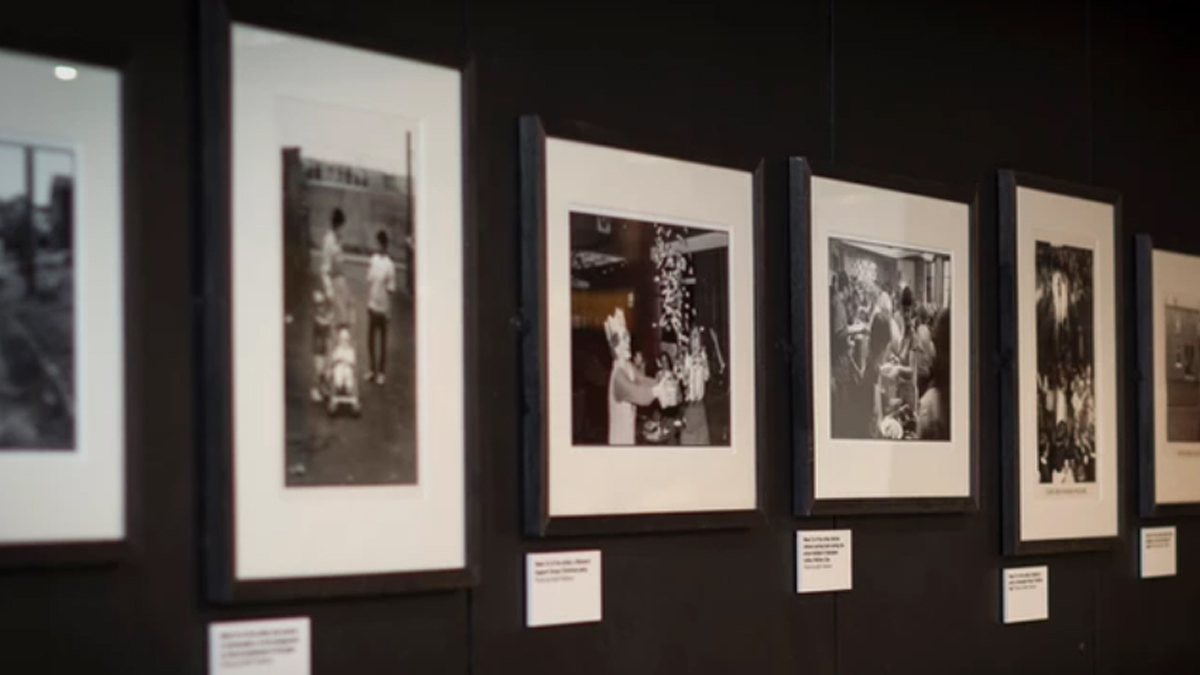 A feminist since a teenager, Dr Natalie Thomlinson has always been fascinated by gender; what it is; how people understand it; and why those understandings change. Today, she is a historian of feminism and gender and an Associate Professor of Modern British Cultural History at the University of Reading.

Natalie published her first book Race and ethnicity in the women's movement in England, 1968 - 1993 (Palgrave Macmillan) in 2016. It was this piece of research that sparked her interest in studying gender history in Modern Britain more broadly.

"My book examined debates between white and ethnic minority women about the place of race in the feminist movement in England during this period. The ways in which those sorts of debates played out within feminism in the 1970s and 80s still have an impact on debates that we're having today."

In 2018, Natalie became a co-investigator on the AHRC-funded project 'Women and the miners' strike: Capturing changing gender roles in working-class communities in Britain after 1945', alongside Florence Sutcliffe-Braithwaite at University College London.

The story of the miners’ strike has often been told from the perspective of men. However Natalie's team interviewed about 100 women from previous mining communities across Britain and asked them about their experiences during the 1984 to 1985 strike. While it was overwhelmingly men who were on strike, women supported the strike in many ways.

"The miners' strike pitted the National Union of Mineworkers against Margaret Thatcher's government in a struggle for the future of Britain. We were interested in the experiences of women who became involved in the support movement during the strike. Most of the strikers were men, but a few women - cooks, cleaners, and office workers - went on strike too. Some women set up soup kitchens and distributed food parcels, which kept over 100,000 striking miners and their families fed. They collected money, went on marches, gave speeches, and stood on picket lines. We also interviewed women who were less active supporters of the strike; and, indeed, some who were actively opposed to it. We want to understand their diverse experiences - both hardships and happy memories and how these experiences changed their lives in post-war Britain."

Natalie received a University Fellowship for the academic year 2021/2022 to further develop this research into a new project where:

This will allow Natalie and her research partner Florence to understand more broadly the changes in gender roles that working-class women in Britain have experienced in the last 70 years.

Natalie and Florence worked closely with the National Coal Mining Museum of England to curate a special exhibition at the museum to introduce the wider community to their research. Alongside this, they contributed their interviews to the museum's collection.

"I've been genuinely very proud to be able to create a large archive of working class women's history. All the history interviews that we did will be archived in the National Coalmining Museum England. I'm really proud of the fact that this is a huge resource now where people can go and listen to these interviews and hear about women's lives in their own words. It's really great to be able to see a piece of research which, yes, will have an academic output but also has a life in the world outside the university."

View the online version of the exhibition

"I offer a module called Black Britain and that's all about the history of migration to Britain and the black experience in Britain, particularly focusing on the postwar period. The module is partly informed by my research that I did around race and ethnicity in the women's movement, as understanding the experience of black and Asian women was a big part of that."

Natalie also teaches a module called Sexual Politics which is about the history of gender and feminism in 20th century Britain. In this module her students cover topics such as: gender and war; sexual revolution; changes in fertility patterns; family life and marriage and different aspects of gender and gender politics.

Natalie also supervises PhD students working on Modern British History, and regularly joins them on conference panels. One of her research students recently collaborated with her on digitising a feminist magazine, Red Rag, from the 1970s.

Working towards a fair society

Natalie hopes to contribute to the academic debate around gender and feminism with her research and support a more socially just society.

"Political movements such as feminism and socialism don't always speak to the people that they're trying to act in the name of. As such, people don't necessarily identify with the politics that is supposed to be in their best interests. I suppose we are trying in our small way to contribute to better understanding of why that is, so that political interventions which do make Britain a more just place can happen."