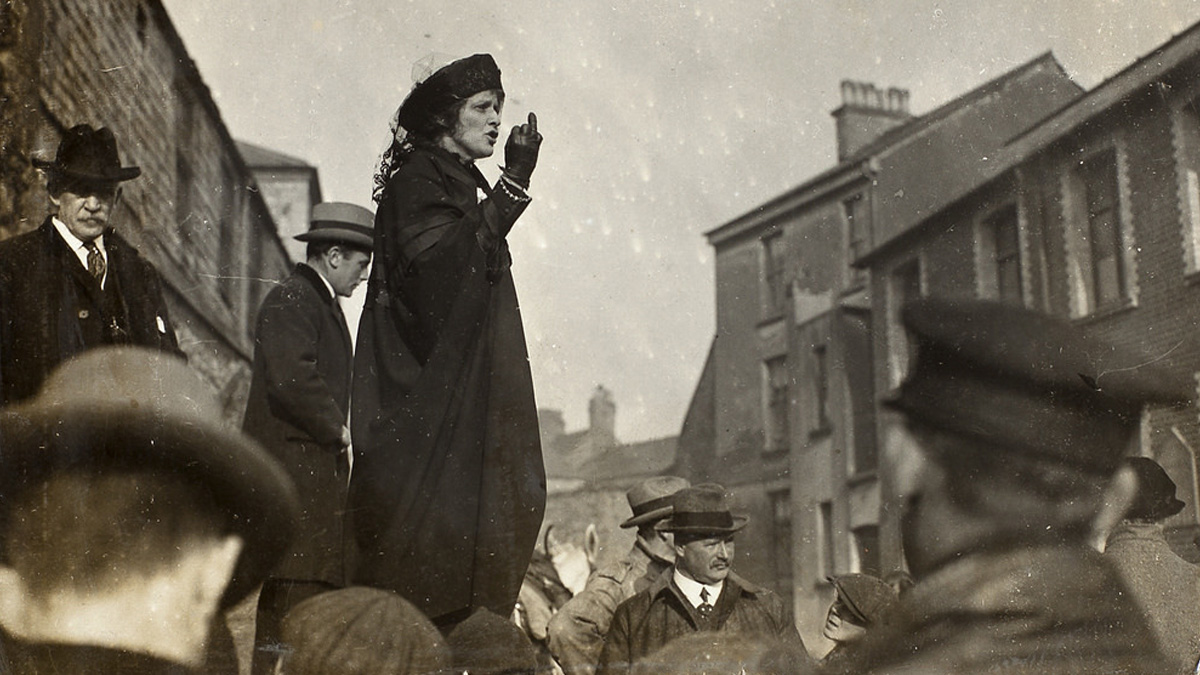 Dr Jacqui Turner is on a mission to inspire her students to pursue their dreams.

Jacqui is uncovering the secrets of female pioneers in British politics, in particular, Nancy Astor. Astor was the first female MP to sit in the House of Commons and her extensive papers are held at the University of Reading. To engage her students with women's place in society and politics, Jacqui utilises a hands-on teaching approach; taking her students to examine the real, historical documents of Astor's life and work, and to parliament to meet current female MPs.

Jacqui's desire to inspire her students stems from her own past. Proud to call herself a feminist, Jacqui grew up in a northern post-industrial town surrounded by the political turmoil of the 1970s and 1980s. She witnessed women becoming increasingly politically active during this time, while Jacqui's dad encouraged her to engage with politics and never to be pigeon-holed by what she, or others, thought she could do as a woman.

As an Associate Professor of Modern British Political History at Reading, Jacqui is motivating women to engage with politics and their community; to believe they can affect change and have it all if they choose. To achieve this, Jacqui worked closely with Parliament on Vote 100, celebrating the 1918 centenary of some women being granted the right to vote. At the end of 2018, Vote 100 became Astor 100, managed by Jacqui at the University, creating opportunities for students, the local community, and national partners to engage with their own inspirational history to effect positive change.

"I love that my teaching and research has a real impact on my students, the community, and further afield. I hope that Astor's determination and perseverance will inspire other women to pursue their dreams too."

Why was Astor100 important?


The election of Nancy Astor challenged the male narrative in Parliament and changed British democracy forever. Here, for the first time, was a woman who was able to directly influence the parliamentary debate and the writing of the laws of their own land. Her arrival in Parliament ushered in a new type of politician, a public woman, a new perspective and a reminder that there was a female electorate who increasingly demanded to be satisfied.

You can find access to materials from the Astor100 programme and current research here.  Astor100 was curated by Dr Jacqui Turner incorporating partners such as Parliament, National Trust, GWR and the City of Plymouth Women in Business.

Celebrating 100 years of women in Parliament

The Open Library of Humanities Special Collection: ‘Nancy Astor, Public Women and Gendered Political Culture in Interwar Britain can be found here. The collection is eclectic in its contributors and contributions; articles address a range of approaches to Astor and her period.

"Real education should educate us out of self into something far finer; into a selflessness which links us with all humanity."