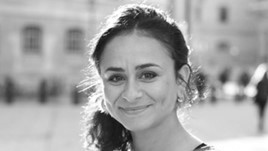 Reform and Revolt in the Middle East: Egypt from Ataturk to the Arab Spring

Students interested in researching intelligence, 20th Century Middle Eastern history, popular culture and terrorism/insurgency are welcome to get in touch.

More recently my research has focussed on the latest upheavals of the 'Arab Spring' across the Middle East. This has found a receptive audience in the policy world and I have briefed the Cabinet Office, Home Office, the Ministry of Defence, NATO and the U.S. Department of Defense on my findings.

My next AHRC funded project is a collaboration with the Universities of Warwick and Manchester and will look at the role of popular culture in Egypt's post-Mubarak transition and how everyday people have narrated and contested 'revolution' since 2011. In 2016-17 I will teach a new exciting second year module called 'Reform and Revolt in the Middle East: Egypt from Ataturk to the Arab Spring' which provides an in-depth look at recent Egyptian history and politics up to the present day.

I was appointed a lecturer in Middle Eastern History at the University of Reading in September 2015. I received my Ph.D from Cambridge University in 2013 and subsequently spent two years at the Politics Department in Warwick University in September as a Teaching Fellow in Intelligence and Security.

My AHRC funded doctorate examined how the Anglo-American 'official mind' conceptualized the Arab World by deconstructing diplomatic and intelligence assessments produced throughout two decades of crises. It traced the revolutions that swept across Iraq, Syria and Yemen, three devastating Arab-Israeli wars and moves towards an uneasy peace between Egypt and Israel in the late 1970s and early 1980s.

The thesis revealed the centrality of cultural representations and ideas about the Arab 'Other' articulated by analysts. Moreover, contrasting Western assessments with Arabic sources provided a unique inter-cultural dialogue about the formative events, individuals and themes that have shaped the modern Middle East, from 'Nasserism' to political Islam. The thesis based- monograph, Western Intelligence and the Arab World: Analysing the Middle East will be published in 2017.

I have consulted for a range of national and international government bodies including the UK Cabinet Office and Ministry of Defence, The United States European Command and NATO, alongside the business community.

A sample of media work includes: