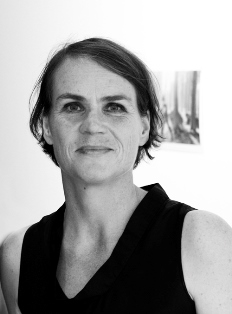 Susanne Clausen is an artist, curator and Professor of Fine Art. She was Head of Department of Art from 2011 to 2017. In 2014 she set up the Research Platform in Curating and was co-director until July 2018.

Susanne works and publishes predominantly under the name Szuper Gallery, often in collaboration with the artist Pavlo Kerestey.

Susanne is also the Artistic Director of Reading International, a new visual arts organisation and festival, which she founded in 2016. Reading International promotes and commissions major solo exhibitions, group and thematic shows, a programme of events including performances, film screenings, workshops and talks as well as offsite projects and temporary public artworks.

As an educator she has also established various partnerships with international art institutions. For example, Art's partnership in an active Asian Universities network with universities in Tokyo, Seoul and Shanghai. She also regularly organises exhibitions and research projects with students abroad.

Susanne welcome enquiries from prospective postgraduate students who would like to work on such topics as: research in and through art practice, film and video, filmed and live performance, digital practice, collective practice(s), theatre as art, contemporary feminism, political art, alternative spaces, and curating.