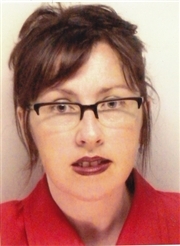 I work primarily on sculpture as is reflective in my own professional practice. I pursue my own career externally to the University, as well as over-lapping my interests in areas of material-based research in the context of contemporary sculpture. I am interested in how the museum provides a context for the collection of sculpture, and ways in which monumental and permanent form can be challenged. I work extensively with grants from bodies such as the Irish Arts Council and have been involved in a range of international exhibitions, including: PS1 New York, Jerwood Platform and for off-site projects in Dublin with Project Arts Centre.

I have recently undertaken a new role in the Fine Art PhD Advisory Group for Graduate Supervision, and would therefore welcome and support practice-based applicants whose research is in the field of sculpture, material studies and fine art. I have received teaching awards, and can advise on pedagogic approaches to fine art education based on a long track record.

(* indicates that a catalogue accompanied this exhibition).