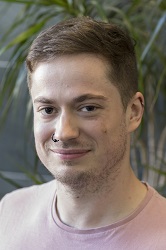 'Be Thou Dead to the World, but Alive Unto God': Defining the Diagnosis and Evolution of Leprosy Using the Evidence of Child and Adult Skeletal Remains

This project explores the nature and severity of the skeletal manifestations of leprosy over time by comparing leprosy observed in modern clinical cases with the remains of individuals who died in leprosaria in Medieval England, and how they relate to the historical and present-day social perceptions of the disease. The project aims to increase the academic rigour of the macroscopic assessment of leprosy in skeletal remains via the development of a rigid and replicable method based on the Modified Istanbul Protocol, while also researching previously unexplored skeletal lesions in palaeopathological material as suggested by the manifestations of leprosy in modern clinical cases. This will improve our knowledge of the variable expression of leprosy in skeletal material, particularly its potential to mimic other diseases, and increase the soundness of the contribution that paleopathology can make to the wider discussion of leprosy, past and present, via consistent and replicable diagnosis.

I hold a BSc in Anthropology from Oxford Brookes University, and an MA (with Distinction) in Archaeology from the University of Reading.

My MA dissertation studied the skeletal expressions of scurvy and developed a model to consistently assess it in human skeletal remains. Alongside my PhD (I am a part-time student), I work in academic administration at the University of Oxford, and hold a key departmental role in managing examinations and graduate admissions processes.