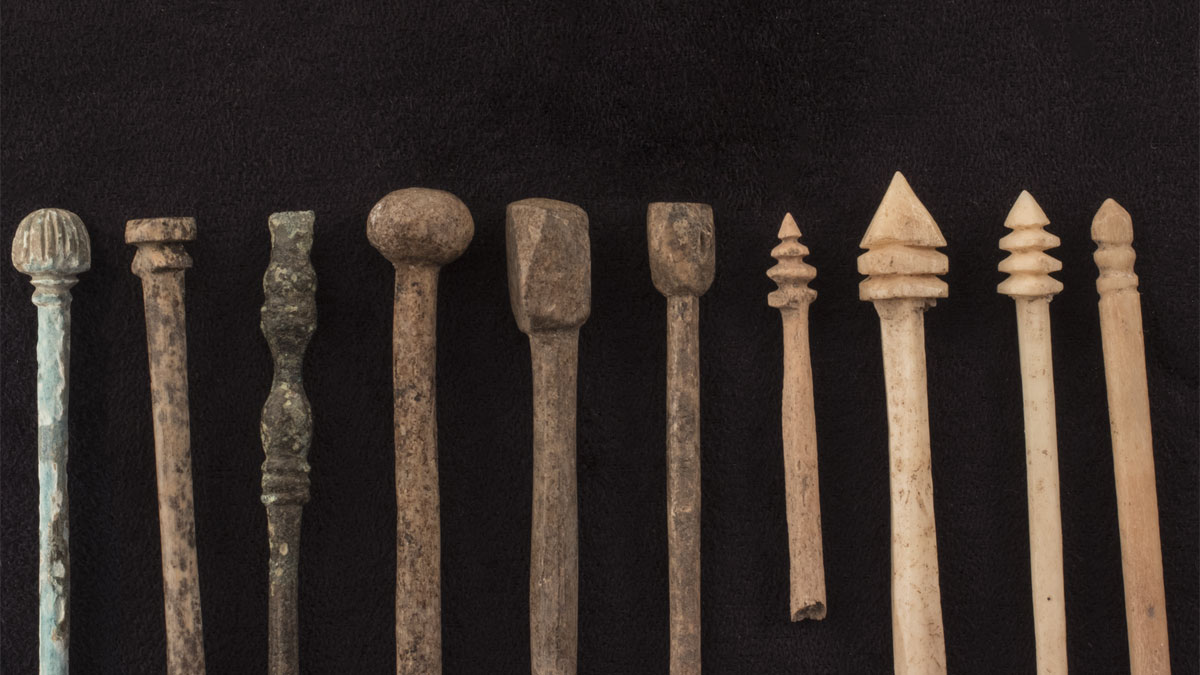 Objects, materials and people (OMP) are fundamental elements of archaeology. We explore the relationships between all three, investigating the lives of both people and things in the past.

Our research interests are cross-cultural, spanning the Palaeolithic to the present day to explore the theoretical concepts behind the meanings and value of materials and artefacts, the representation and display of objects in the contemporary world, and use scientific approaches to understand the production and deposition of objects, and taphonomic histories of material culture.

Our current research is focused on three central themes:

In particular, our research into the material culture of literacy has grown into a key sub-theme, encompassing Hella's empire-wide investigation of the social contexts of Roman inkwells (British Academy Mid-Career Fellowship) and Roger Matthews' innovative pXRF analysis of Mesopotamian clay bureaucratic artefacts. Roberta Gilchrist utilises object-based perspectives to inform understanding of the lived experience of medieval religion, while Alanna Cant's research places an emphasis on the role played by objects, aesthetics and material practices in the negotiation of indigenous identities in Mexico.


3. Displaying objects in the contemporary world

Roger Matthews and Wendy Matthews are working closely with colleagues in Slemani Museum in Iraqi Kurdistan in order to design and construct a new display on early farmers and settled communities of Iraqi Kurdistan, drawing on their excavations at the Early Neolithic sites of Bestansur and Shimshara.

Alanna Cant's research considers how contemporary people's relationships to religious spaces change as churches become designated heritage sites, through her ethnographic research in Oaxaca, Mexico. This research was funded by a Marie Skłodowska-Curie grant from the European Union.

In the UK, Duncan Garrow and his team on the Grave Goods project are collaborating with the British Museum to explore the presentation of objects of death and memory.

Read more about Object Trails at the British Museum