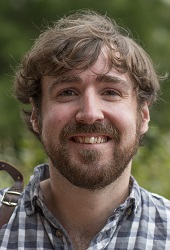 Fractured Britannia: Britain and Rome under Count Theodosius and the House of Valentinian

I am undertaking a multi-proxy approach using a broad range of datasets from Britain and the continent to analyse the diversity of the articulation of the Late Roman State in the provinces of Britain.

Rather than seeing Roman Britain as a unified entity presented in the historical sources, evidence from the numismatic dataset and material culture suggests instead that there were diverging regional trajectories evident in the period. There was a complex relationship between material culture and the expression of identity in the later 4th century. This study would offer a new perspective on the final decades of Roman Britain and a comparison with similar sites on the continent, and alter current thinking about this pivotal period of British history.

I hold a BA in Ancient History and Archaeology from the University of Wales, Lampeter and an MSc (with Distinction) in Applied Sciences from the Bournemouth University. I have worked in archaeology for over 12 years as a Finds Liaison Officer for the Portable Antiquities Scheme, where I also curated the Terry Pratchett: HisWorld exhibition. Subsequently I was a curator at the National Museum of the Royal Navy and a finds supervisor at Historic England.

I have published regularly on Iron Age and Roman finds and coinage, particularly from the south west of Britain, which is what piqued my interest in my research topic and also, unusually, led to an award winning exhibition on Sir Terry Pratchett.

My research interests focus on a range of aspects of artefact studies, including typologies, deposition, as well as repairs and reuse. I have undertaken a number of research projects on numismatic analysis and placing artefacts within their landscape context. I am also an avid reader and enjoy photography and travelling.