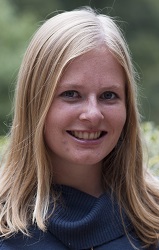 Investigating the impact the Roman conquest had on Iron Age people’s health through examining Perinatal, Infant and Maternal health

This project aims to investigate how the Roman conquest of Britain in AD43 affected the health of the Iron Age natives. This will be done by looking at the health of perinates and infants aged up to 1 year old, and women of peak childbearing age (25-35 years old) to observe the mother-infant nexus and investigate the overall health of the population.

Infants are arguably the most vulnerable members of society, with the first day after birth being the most critical period in any human’s life, meaning any significant change in health will impact the infantile population. Infant health is linked to the health of the mother, who will pass on any abnormalities or malnutrition to her child. From examining the health of infants and their mothers, overall population health can be derived.

Both Iron Age and Romano-British populations will be examined and compared to conclude the impact the Roman conquest had on the Iron Age people’s health.

I hold a BSc in Archaeology from the University of Reading and an MSc (with Distinction) in Forensic Anthropology from Bournemouth University.My MSc studied the potential of using bacterial bioerosion to determine between stillborn and postnatal mortality. My academic interest lies in studying infant development and health, which influenced my current PhD research.

Since finishing my master's, I have gained experience in material culture ranging from Prehistoric to Victorian by working as a Finds Manager for Archaeology South East (UCL).

I currently hold a membership with the British Association for Biological Anthropology and Osteoarchaeology (BABAO).