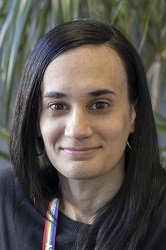 Was childhood health declining in the period leading to the Black Death?

My investigation aims to evaluate childhood health in the period leading to the Black Death in England and its possible influence on the outbreak, focusing on how different social and natural contexts affected health status. Children are among the most sensitive people to environmental stressors, thus making the study of childhood stress and nutrition of great significance when attempting to evaluate population health.

The Black Death (England, AD 1348-1350) was an unprecedented catastrophe that led to the death of at least 40% of the European population. Although traditionally the plague was considered to have started a crisis period, further studies indicate that it was part of a larger crisis period which was accelerated by catastrophic events like the Great Famine (AD 1315-1317) and the Black Death. As living conditions and diet deteriorated, it is likely for the population, especially children, to have been more susceptible to pathologies.

I hold a Licentiate in Anthropological Sciences from the University of Buenos Aires (Argentina) and an MA in Archaeology from Kyushu University (Japan). My investigation in Argentina focused on the bioarchaeological analysis of pre-Inca groups from the Argentine Northwest, and my MA dissertation studied health and diet in early agrarian Yayoi populations from Northern Kyushu and western Yamaguchi prefecture, and its relation to different environments.

I have a special interest in analysing how health, especially during childhood, is affected by natural and social contexts, and its impact on adulthood. I am also interested in bone imaging to improve science communication and access to bioarchaeological research.

I have several years of experience working in the study of health in past human remains, before commencing my PhD. I was part of the volunteer staff during World Archaeological Congress 8, Kyoto, and a member of the committee organising the SAGES 2019 PGR conference.