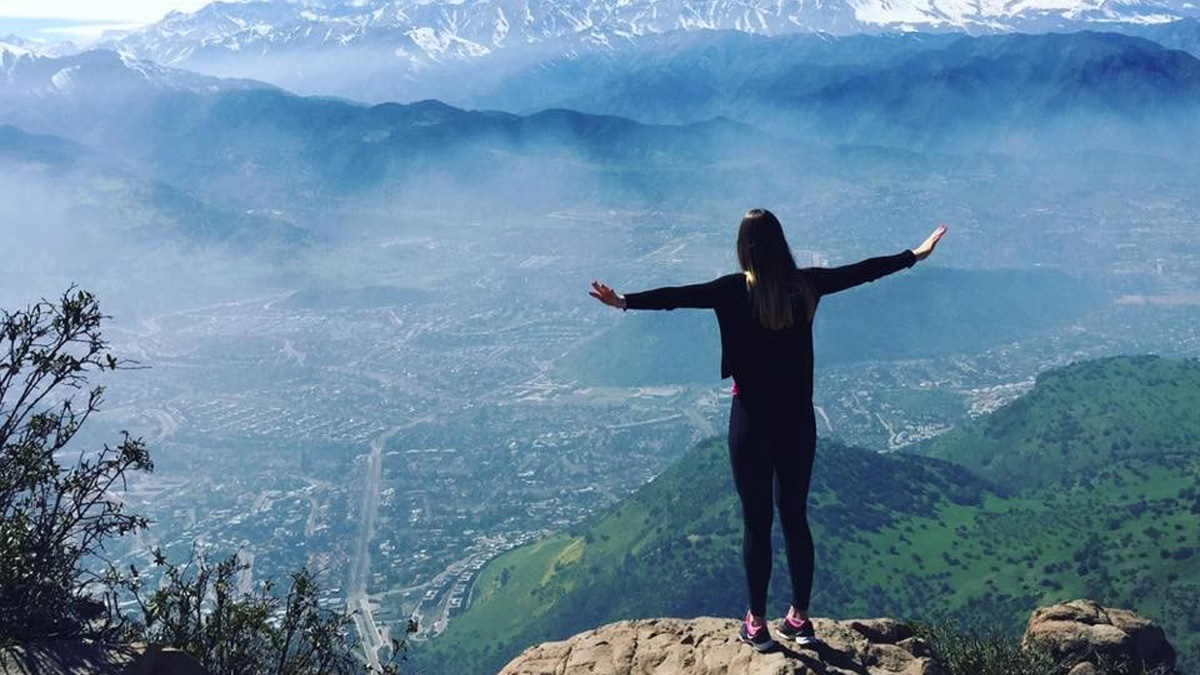 Natasha Holland studied Italian and Spanish at undergraduate level. She completed her year abroad in Chile, where she spent six months in an internship and four and a half months in a teaching placement in Milan.

"I went to Chile first where I did a marketing internship in Santiago, but I initially started out in a sales and marketing role. I found the job online and had a couple of Skype interviews – one in English and one in Spanish.

"However, not long after being there I realised I wasn't speaking enough Spanish in the role, so after five or six weeks I changed jobs and started working in a marketing internship for a large American company called CA Ventures who were expanding internationally.

"They are a real estate business who have several branches to the business, with CA International being the part I worked for. I actually lived and worked in their student accommodation called 'Livinn Santiago'."

Living and working in Chile

Settling into life in Chile was relatively easy:

"I lived in student accommodation, which I found online when I was in the UK. I contacted them and did a video call – they showed me the accommodation block and then I put a deposit down.

"I went straight to the accommodation when I arrived and everything was already there, sorted and ready for me. There were 180 residents from about 33 countries so it was quite an experience."

Adapting to the Spanish language in Chile takes a little time:

"Chilean Spanish is so, so different but you adjust to it. At first I found it very difficult, but slowly you become more accustomed to it and once you throw yourself in there and speak to people, they will always try and make it easier for you to understand. They always explain what words mean and teach you lots of new Chilean words.

"The language is not an issue and it becomes really quite good fun by the end of it."

Working in Chile was a positive experience, and Natasha also had time to explore the country:

"I really enjoyed the marketing internship. The team that I worked with were really friendly and approachable.

"We ran social media campaigns to promote the student accommodation and we established links with global universities. That was really interesting as I got to work with the international students who were living in the residence.

"I really enjoyed the job. They were flexible with me and allowed me to have Fridays off to go travelling. I went up and down the country! My favourite place was the Atacama Desert, which is really beautiful, it even has salt lakes and hot springs. I went to Argentina and Uruguay as well."

In Italy the experience was different because Natasha was teaching. The British Council usually do not offer placements for just a few months and so Natasha needed to find a placement for herself.

She used Erasmus internship websites to research the opportunity and landed a role at a high school in Milan. There she taught English to students who were 14–19 years of age.

Before moving there, she was advised not to commit to long-term accommodation over the internet:

"For accommodation in Italy I left it until I was out there. I was told to go and see properties rather than rely on the internet. At first I stayed in AirBnB accommodation and then, after having viewed some properties, I was fortunate in that the owner allowed me to have the apartment for the rest of my stay.

Preparing for a career

Back in the UK, Natasha already has plans for the future and her language skills will come in useful:

"I have a graduate scheme in management and leadership when I finish. They will place me in six-month placements in four different companies. Spanish will be a big bonus as I will be able to use it in the job."

To future Year Abroad students she gives this advice:

"Have a 'yes' attitude. Anything that you are asked to do or want to do – go for it. Push yourself. Take yourself outside of your comfort zone because the rewards will be amazing, and everyone here at Reading who pushed themselves to go further away or to do a really different job this year had the best experience."