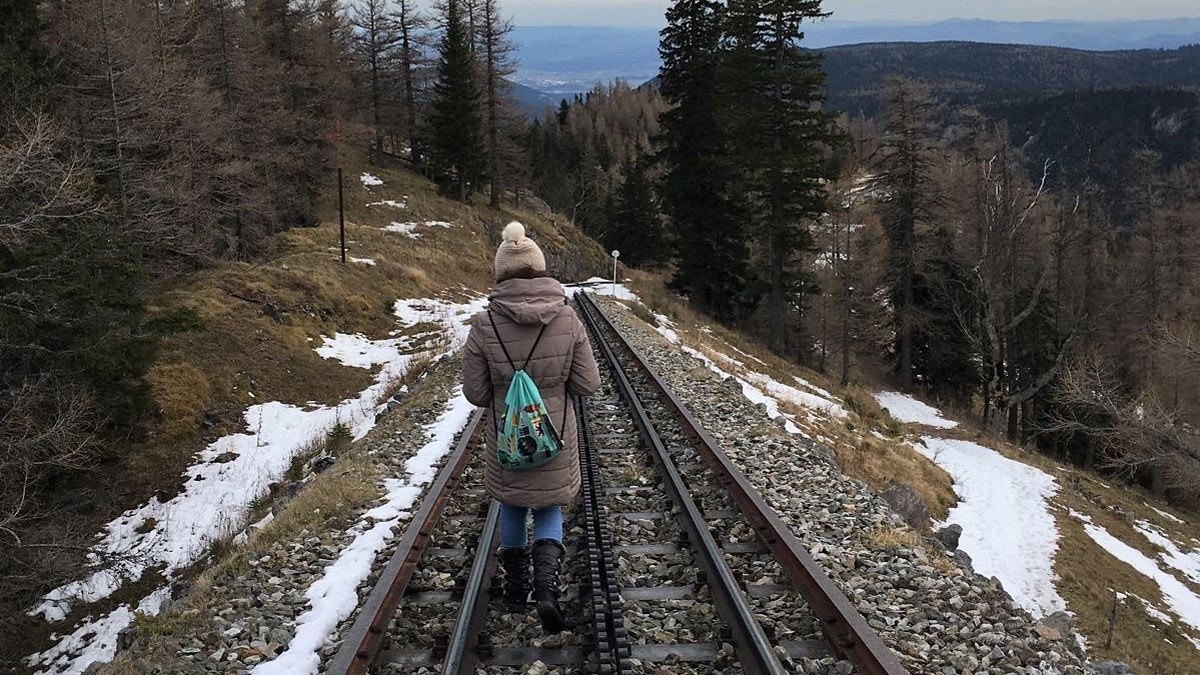 Mollie Pye studied French and German. She spent her year abroad in Austria and France. She chose to teach in Austria and then to work in a hotel in Brittany.

"I went to Austria first of all, for five months as a British Council assistant in a small town near Vienna. I lived with a host family, which was a really nice experience – they had three kids and three dogs.

"I was working between two schools – both were for 14-19 year olds. My contract was for 13 hours a week. That meant that I worked Monday to Wednesday in the one school and Tuesday to Friday in the other, on a two-week timetable."

Mollie found that accommodation for the time abroad was relatively easy to sort out:

"I looked at AirBnB and Homestay websites, and I found a lady who lived in the town. I sent her a message to see if she would like to have me to stay for five months. It was one stop on the train."

The teaching experience was really positive:

"Teaching 14-19 year olds in Vienna was interesting as we are very close in age. It was a good experience to work out ways to assert my authority.

"Because they were older, it meant that I could talk to them about different topics, like politics for example – I did a lesson on Brexit. They were really interested in talking about school and social life in the UK, gender issues and feminism."

Both schools gave Mollie lots of opportunities to teach:

"The staff were very supportive. They weren’t expecting me to be able to speak German as not all British Council students are able to speak the language, so they were pleasantly surprised, and because I was always quite willing, they were always supportive of me.

"They knew I was interested in teaching so they would let me lead classes on my own. They let me be independent."

They also invited Mollie to the staff Christmas dinner and the Headmaster took her out for a meal to say "thank you" on her last day.

A year abroad provides many other experiences as well:

"It was exciting – especially the opportunity for travelling. For me, working a few hours but making money enabled me to travel a lot. Vienna, the Czech Republic, Slovakia etc.

"I got to meet other assistants at the British Council training event so I very quickly had a base of friends in Vienna. Everyone was no more than an hour away so we would meet in the centre. We booked a weekend in Innsbruck together and went tobogganing in the mountains. I got to try all these different things in different places."

Living in a village was not a drawback:

"I had the best of both worlds. I could meet my friends in Vienna but I could also stay in my village and talk to people. I went to church and a local folk dancing group. I got to look at local life and see the big city as well."

After five months in Austria, Mollie went to France and worked as a hotel receptionist in St. Malo, Brittany, from March to September. She found the job on the internet:

"I knew I wanted to work in a hotel. I had a CV and a cover letter, which was checked by my lecturer, and I emailed it to lots of hotels located in places where I wanted to go. Three hotels came back to me, so I had a choice.

"The hotel that I finally picked did a Skype call with me. The manager helped with finding accommodation in a local youth hostel, which was not far from the hotel. He helped me sort out all the paperwork as well. In the hostel, I had my own room and bathroom for six months. I also had access to the canteen and mini kitchen. It was brilliant for French speaking."

"My French is so much better. In the hotel I was having to take phone calls or credit card details, and dealing with complaints or customers who wanted their next hotel booking. I was put on the spot and learned a lot.

"My confidence in French speaking is so much better. My German is quite good too. The family life, books all over the house and watching TV really helped."

What the future holds

The Year Abroad experience made a positive difference to her plans for the future:

"I have a graduate scheme placement for next year and both jobs really helped – first of all, in being able to give references for my employment abroad, and secondly, having plenty to draw upon to answer the experience-based questions in the interview. I had lots to say – and the fact of living and working abroad in itself is significant."

"You shouldn’t ever be afraid to do something by yourself and out of the ordinary as those are the things that define your life. I would be a completely different person if I hadn’t had my year abroad.

"Language is about speaking and about culture – you become a more cultured person and get to learn so much about different people – and a year abroad takes you even further out of your comfort zone. It’s how you grow up and see the world. When else in life am I going to have this opportunity?"

Mollie graduated this summer with the highest First in German and the second highest in French.