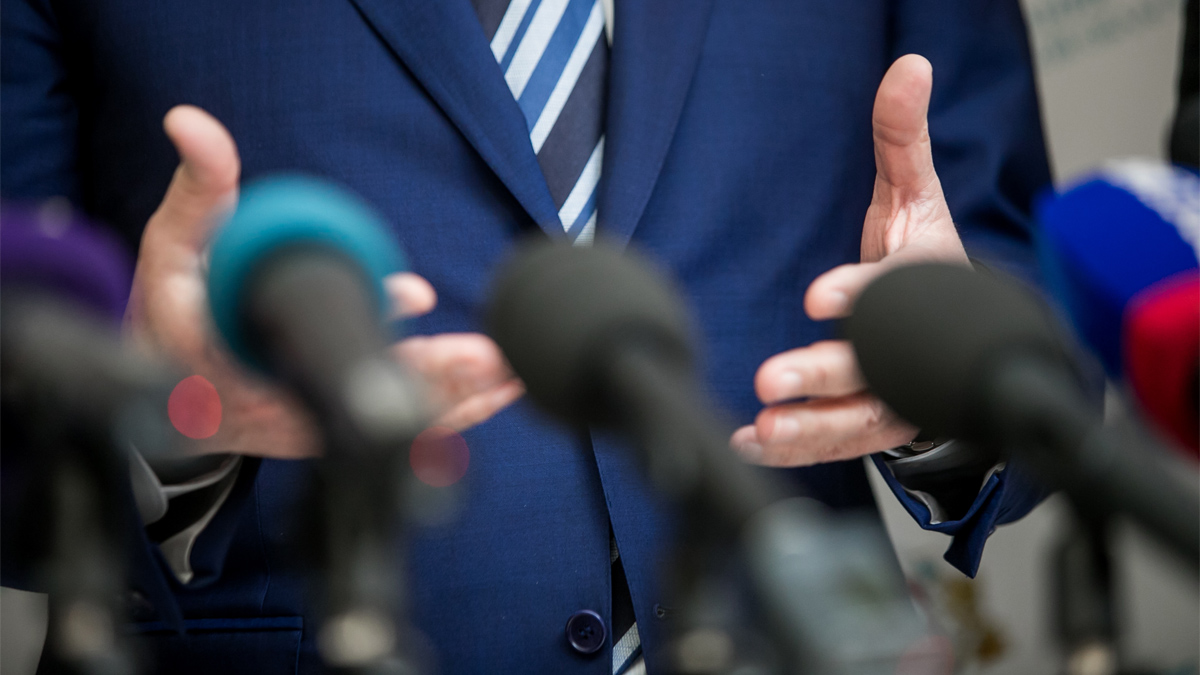 Six years after this thought, Melani Schroeter became Dr Schroeter as she completed her PhD thesis on addresses orientation in political speeches at the University of Leipzig in Germany.

"Ever since, I have worked in critical political discourse analysis. More recently I have been investigating silence and concealment in political discourse. And now I am also interested in the potential of subcultures such as punk to exercise discursive defiance.

"I am also trying to promote the (contrastive) analysis of discourse key words (across languages/discourse communities)."

Melani discusses research, how she sees her role as an academic and lecturer, and how her research feeds into her teaching.

"As university lecturers, we do not only relate existing knowledge to our students, but a substantial part of our role is also to create new knowledge by undertaking research. Students benefit from this in more general and in more specific ways.

"Generally, being research-active means that we keep on top of and up to date with what's happening in our areas of expertise, which also enables us to update our research-led teaching.

"More specifically, being involved in ongoing research practice ourselves means that we can advise our undergraduate and postgraduate students on what to research, i.e. where the gaps are in existing knowledge, and on how to go about it – where to find material or data, and how to approach analysis."

Recently, Melani has been investigating the way in which immigration is debated in German society and this research has informed a final-year undergraduate module, titled Migration. The module uses a range of material, including debates, to help understand how the issue of migration has been framed, and politically addressed in the past few decades, along with new developments in German migration history.

"I have also researched keywords in public discourses, such as Brexit, on the basis of large text corpora and using corpus analysis tools. Such tools are also used in modern lexicography.

"I undertook some research into how German loan words, including German Nazi vocabulary is used in English. All of this informs a second year module that I teach about German lexicology."

The Department of Languages and Cultures likes to involve students in active research. Melani talks about the different ways in which her students can contribute to and interact with research.

"I involve students in research activities in a number of ways, such as undertaking paid work to help me collect data from online databases. In my module Migration in Germany, students have conducted interviews with immigrants.

"Some modules might also involve familiarisation with research tools and methods, such as corpus-assisted analysis of language in my other module about German lexicology. Students will get to use the same research tools that I am using to investigate the meaning and use of words in German, for example to produce a self-researched dictionary entry as an assignment for the module."

Melani regularly collaborates on research and co-authors publications; she has worked with researchers from higher education and research institutions across the UK and Europe.

"For example, I recently edited, together with my colleague Charlotte Taylor from Sussex University, a book about Silence and Absence in Discourse (2018), to which researchers contributed who are based in Australia, Singapore, the UK, the US, Italy, France, Denmark, Sweden, Spain and Switzerland.

"I was a visiting researcher at a couple of institutions abroad, and I also contributed to a number of German handbooks on public and political discourse analysis. Handbooks are academic reference works which provide an overview of and point of entry into subject areas not only for students, but also academic colleagues."

Melani talks about her research and what she sees as her biggest accomplishment.

"It's always nice when you realise that you have achieved such a reputation that researchers elsewhere become really interested in and value what you have to say. So, receiving invitations to deliver keynote talks, to contribute to handbooks and other publications, to go abroad as a visiting researcher and to examine and peer review research are indicators of such a reputation and tend to be slightly more gratifying even than seeing your latest article or book chapter finally published.

"However, engaging with and seeing through a substantial research project, so that it results for example in publishing a whole book about an issue that you have researched at length and in depth is for me the most gratifying experience of all. I was very happy when my book on Silence and Concealment in Political Discourse was published (2013).

Melani finds herself once again focusing on political discourse.

"I am now looking forward to embarking on another journey as I plan to look into the way in which the New Right in Germany utilises anti-political correctness discourse as a vehicle to achieve political change in their favour."