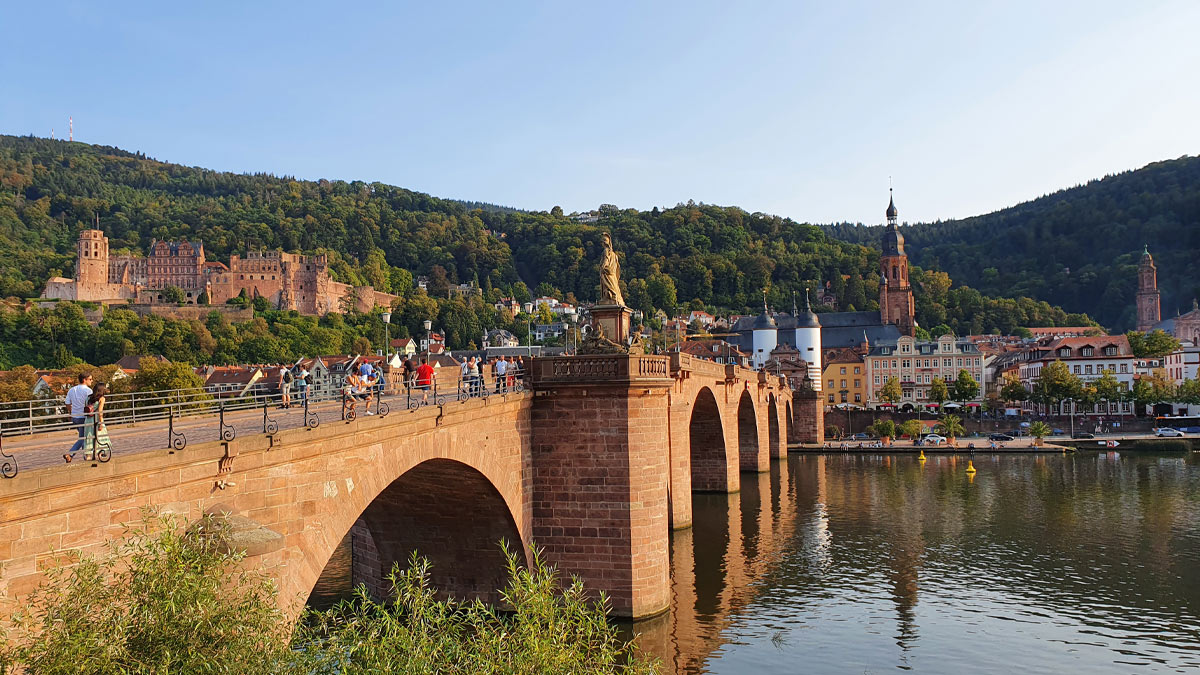 Luke chose to spend his year abroad teaching at a vocational school in Germany.

Luke Wearn, who studies German, opted to spend his year abroad completing an eight-month assistantship with the British Council, teaching English language and culture. The application process allowed him to choose the area in Germany as well as the type of school he wanted to work at.

"I always knew I wanted to go into teaching, so I chose an assistantship to get some experience in the classroom. It’s also really useful just to know how different the German education system is!”

After some weeks of sitting in on classes, Luke prepared and taught 12 hours a week for secondary pupils on different courses learning English for careers in the hospitality sector, as well as students studying construction, art and design, and nutrition.

The assistantship gave him a lot of responsibilities and allowed him to boost his pedagogical skills.

"All the staff in the school were really welcoming – they were really pleased to have an assistant. I often delivered parts of lessons which I planned with the class teacher. I also organised extra-curricular activities for students.

"I even had the opportunity to watch lessons in all sorts of subjects, like baking, tiling, and restaurant service.”

While he gave his lessons in English, he spoke German in the preparation meetings with the teachers, in the staff room, and with students outside of the English department. This way, Luke improved not only his German, but even his knowledge of English, particularly the grammar.

"I never realised how complicated English is until students started asking me questions. Thankfully, the teachers knew the reasons, and I could give examples. They also provided me with plenty of resources to ensure I knew what I was teaching.”

Luke’s school was the Peter-Behrens-Schule, a vocational college in Darmstadt, near Frankfurt am Main. He loved the welcoming environment in the school and how supportive the English department were.

Luke had many offers of being shown interesting locations, invites to dinners with the teachers’ families and nights out with colleagues. Luke was often "borrowed" by other departments to talk about life in England.

In addition, he was involved in the end of year celebrations with the graduating students. He became good friends with his tutor and her family, who even took him to Europa Park for the day!

Luke is still in touch with his former colleagues as well as his former flatmates.

"My job in the school allowed me to meet some incredible people who helped me with my language, with my pedagogical skills, with day-to-day life. I still talk to many of them, and I even got a voice message from my former tutor and her family singing happy birthday!”

Luke’s school was in Darmstadt, about a 30-minute train ride away from Frankfurt am Main, in Hesse. Darmstadt is known for its technical university, as well as the European Space Agency, Merck, EUMESAT and its World Heritage site Mathildenhöhe.

Being so close to Frankfurt made it easy to travel around Germany, so Luke visited Berlin, Heidelberg, Nuremberg, Cologne and other famous towns and cities.

The aim of the year abroad is for students to develop their language skills, improve confidence and self-reliance, and to gain practical experience of living in another culture, all qualities highly valued by employers.

Following his time in Darmstadt, Luke can only encourage all future Languages and Cultures students to consider an assistantship, enjoy the challenging yet rewarding experience, and increase their employability.

"The assistantship was a fantastic decision. I would highly recommend it to anyone studying modern languages. It was easily the highlight of my degree.”