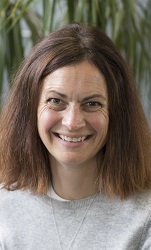 All characters and events depicted in the film are fictitious; the places are real.

To what extent does Yesterday’s depiction of Lowestoft reflect the local community’s perception of their sense of place?

My research aims to explore how the power of film shapes the sense of place in British towns, seeking to better understand the relationship between a geographical sense of place and how it is portrayed and perceived through film.  Situated within a geographical concept of place and film theories of representation and spectatorship, the research seeks to understand what meanings (explicit and implicit) are created in the filmic representation of Lowestoft in Yesterday; how does the local community relate to the representation of Lowestoft in the film and do perceptions vary between race, gender and class?  The research calls for a triangulation of mixed qualitative and quantitative methods, including film analysis, observations, interviews and questionnaires to gather perspectives from local residents, film viewers and filmmakers. The findings aim to create a cross-disciplinary understanding of the importance of place and how the film industry and local authorities can work together to create more inclusive places.

I hold a BA in Canadian Studies from Bishops University, Canada (1997) and an MA in Urban Regeneration (2000), University of Westminster, UK and an MA in Documentary Practices, University for the Creative Arts, UK (2016).

Dividing my time between the UK and Canada over the past 20 years, I have experience in community regeneration and more recently, documentary filmmaking and an interest in the visual storytelling of place, specifically place identity and film spectatorship.