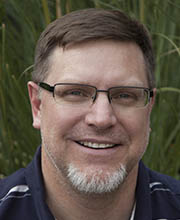 Mike teaches the third-year module Consumption, Politics and Space which explores the framing and practices of the creation of sustainable societies through a critical geographical lens.

The module is taught and assessed through a combination of a multi-media presentations of lectures, small and large group seminars, student critical diaries and course work. Guest lecturers are invited in from a range of sustainability viewpoints, sectors and NGOs; past speakers include a sustainable fashion business owner, an independent environmental consultant to the global corporate sector, a regional director from Sustrans and a project manager from the sustainable energy company Bulb.

Mike also teaches on the second-year Berlin field class module. He received his Post-Graduate Certificate in Academic Practice (PGCAP) in 2006 from King's College London, has published on critical pedagogy in large classroom settings and has been nominated multiple times by students for a Reading teaching award.

Mike is an interdisciplinary, critical human geographer focusing on the cultural politics of food, humanitarianism and the environment. Research topics have included fair trade networks, alternative food networks, the rise of celebrity politics in the context of food, climate change and global development and ways society is attempting to make life more just, liveable and care-full in the Anthropocene.

He is particularly interested in conceptualising how these issues and connections are framed in the media in order to understand their social and geographical significance to building more sustainable societies, challenging existing structures of power and offering critical spaces for marginalised voices.

Mike has also held visiting professorships at the Centre for Research in Spatial, Environmental and Cultural Politics (SECP), University of Brighton and the Centre for Space, Place and Society (CSPS), Wageningen University in the Netherlands.

He has produced over 85 scholarly publications including one monograph on alternative food networks, three edited volumes and 10 special issues of international scholarly journals on topics ranging from the new spaces of food justice (Local Environment), food and media (Geoforum; Food, Culture and Society), mediated environments (Celebrity Studies; Environmental Communication), ethical foodscapes (Environment and Planning A) and the ethics of care (Ethics, Place and Environment). See his Google Citation profile and that at Academia.edu for access to published work.

He is also an Associate Editor at the interdisciplinary journal Climatic Change and on the editorial boards of seven other journals including Geoforum, the Journal of Rural Studies, Celebrity Studies and Environmental Communication. In addition, Mike edits two high-profile book series, one entitled Critical Food Studies with Routledge (co-edited with Colin Sage) started in 2009 and a second with Bloomsbury entitled Contemporary Food Issues started in 2013 (co-edited with David Goodman). Through these series, he has been able to shape the fields of food geographies and food studies. Across both series, there are 42 books published, in press or under contract. He has been invited to give a number of keynote and plenary talks in Australia, the US, Ireland, Austria and Belgium and discussed issues of media, celebrity and environment with NGOs such as Greenpeace and Sustrans.