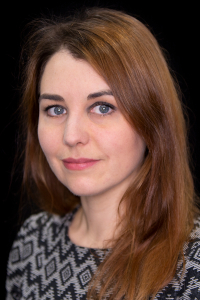 Co-leads the development and delivery of BSc Architecture stage 1 design studio and the teaching of visualization and communication.

Amy sees architecture as a social art, the practice of which should embody and support progressive social development. She has a strong belief in the importance of consultation, participation and narrative communication to widen participation in architecture, and create spaces which engage and inspire all users of the built environment.

In her work as an Architect she specialised in higher and further education design, with a focus on client consultation and student engagement. She worked for several UK practices before moving to BPR Architects where she was an associate director for six years. Over that time, she was the project architect responsible for design and delivery of £36m worth of education projects ranging from small refurbishments and fit out projects to a new £18m Science and Technology building for Middlesex University.

Alongside her work in practice, she co-founded Involve Architecture Collective, which specialises in small scale installations and workshops which aim to broaden participation in architecture. They have worked with public institutions including Tate Britain, RIBA, Open City, the V&A Museum and the Horniman Museum as well as school and youth groups.

Before coming to Reading she led second and third year undergraduate design studios at the University of Brighton and second year, third year and MArch design studios at Newcastle University where she was nominated for a Teaching Excellence Award. These studios all focused on the importance of social engagement in design and explored the role of narrative in architecture, informed by her research into science fiction.