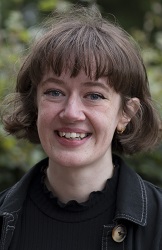 Museum objects and the ‘heroes’ of early British Antarctic exploration

My research considers museum collections related to the 'Heroic Age' of Antarctic exploration – a period generally regarded as running from the late 19th to the early 20th century – and the British explorers of this period. I ask how shifting socio-political contexts have informed the categorisation of certain figures as 'heroic' led to the objects of Antarctic exploration being accessioned into museum collections; and enabled museums to perpetuate 'heroic' thinking through their collections. Revealing these entangled histories will expose the ongoing visible and invisible power plays that have been enacted on museum collections over time.

I hold a BA in Archaeology and Anthropology from the University of Cambridge, where I completed a dissertation examining the interactions between humans and polar bears in Arctic Alaska. I then undertook an MSc in Visual, Material and Museum Anthropology at the University of Oxford, where I wrote my dissertation on the object biographies of a series of photographs held at the Pitt Rivers Museum, Oxford.

I have several years' experience working in museums in Canada and the UK, including the Itsanitaq Museum in sub-Arctic Manitoba and, more recently, the Polar Museum at the Scott Polar Research Institute, part of the University of Cambridge. While at the Polar Museum I curated two temporary exhibitions, including the Institute's centenary year exhibition, which drew me south from my interest in the Arctic to the Antarctic, and the subject of my current research.