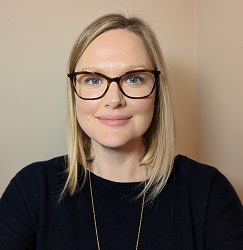 Alanna is happy to discuss proposals for postgraduate research that engages with ethnographic methods and the material world, but especially those focusing on cultural production, heritage and conservation, architecture, religion, and the contemporary uses of the past.

Alanna teaches introductory and advanced courses in social anthropology. Her research focuses on the ways that the economics and politics of culture impact contemporary understandings of aesthetics, value, work, identity, religion and the past.

Alanna has conducted two major ethnographic research projects in Oaxaca, Mexico. Her doctoral research The Practice of Aesthetics (funding provided by the Emslie Horniman Fund of the Royal Anthropological Institute) considered how Mexican artisans respond to changes in the local and international markets for Oaxacan woodcarvings.

The project resulted in six publications, including the 2019 monograph The Value of Aesthetics: Oaxacan Woodcarvers in Global Economies of Culture.

Alanna is co-convenor of the UK Network for the Anthropology of Christianity (UKNAC), as a part of the Association of Social Anthropologists of the UK and Commonwealth (ASA).

In 2016, Alanna received a Marie Skłodowska-Curie Individual Grant from the European Commission for the project Restoration and Faith: Practicing religion and conservation in Mexico's historic churches (H2020-EU.1.3.2/MEXRES 701601).

This project investigated the political, aesthetic and ideological dynamics present in religious heritage sites through the lens of a ruined sixteenth century Christian (Dominican) monastery that is currently being restored by non-religious agencies, but which is also still used by the local Catholic community.

Find out more about the project