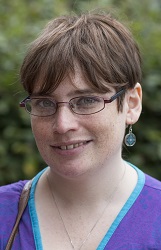 This project seeks to investigate the treatment of human and animal remains in so called 'special' deposits from late Iron Age and early Roman sites, using taphonomic analysis in order to identify and compare any pre-depositional processes they went through.

This comparison has the potential to inform on attitudes about the roles of humans and animals in the ritual framework of southern Britain during the Iron Age, as well as shining a light on the full spectrum of mortuary practices from the period.

This project will also seek to use data primarily from commercially excavated sites, which have not previously been subject to in-depth analysis.

I hold a BA in Archaeology and Ancient Civilisations from the University of Durham (UK) as well as an MSc (with Distinction) in Paleopathology. My MSc dissertation investigated the potential of 3D scanning and printing to increase the accuracy of age at death estimations using the auricular surface. I have five years of experience working in commercial archaeology in London, prior to commencing my PhD.
Links for further reading