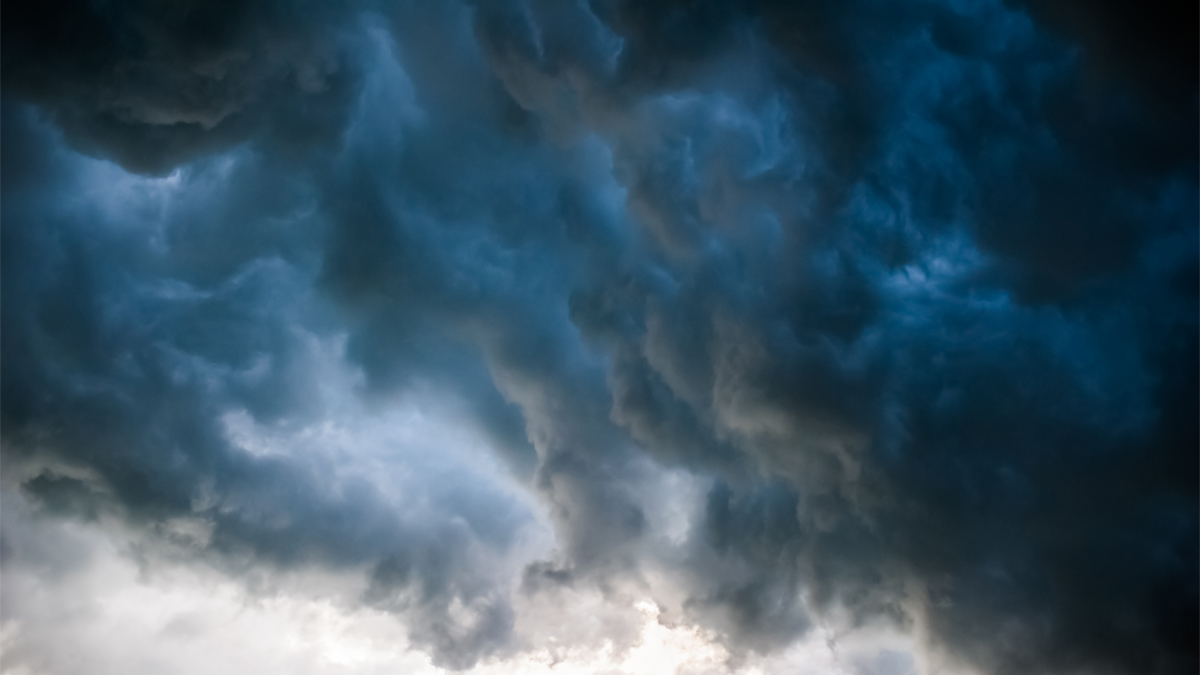 Professor Sue Gray's research into the dynamics and predictability of weather systems is driven by her fascination with different storm types. She is particularly interested in sting jets, phenomena that can occur in the most damaging type of winter storm to affect north-west Europe.

Studying sting jets to understand the most damaging weather systems

Sting jets are descending jets of air that accelerate as they descend. They cause strong surface winds and gusts within a relatively small area of the storm. Sting jets get their name from the shape of the tail of the cloud that swirls around the area of low pressure at the centre of the storm.

Sue is working with other researchers at the University of Reading to unravel the processes behind how and why sting jets form, to better predict them.

The most well-known example of a sting jet occurred during the UK's Great Storm of 1987. It was identified by now Emeritus University of Reading Professor Keith Browning with a subsequent modelling study led by Reading Professor Peter Clark.

"The infamous Great Storm that hit the UK in October 1987 was the first published case in which a sting jet was identified. It produced winds of 115mph and knocked over an estimated 15 million trees."

"Sting jets are an especially difficult-to-predict weather phenomenon. They last a relatively short time: a matter of hours compared to the winds associated with the storm's fronts, which can last for more than a day."

Sting jets are created during a specific part of the storm's evolution and have a relatively small surface footprint of around 50-100km across. This short timeframe and the small area make them hard to spot and predict.

It is possible to model the perhaps one in three North Atlantic storms that give rise to sting jets. However, it is often difficult to find observations that can confirm whether a sting jet has occurred. So the relative importance of different processes causing their formation and descent to the surface remains unclear.

Collaborating with the Met Office to identify sting jets

Sue's current work focuses on developing a diagnostic tool for sting jets, which can be applied to the Met Office's global model forecasts. The tool has been tested with historic data as well as climate models for the world's current climate and a future warmer one.

The Met Office forecast system includes multiple equally-likely global weather forecasts for the coming week from which forecast probabilities can be calculated. Meshing the tool with the forecasts must be done quite quickly to be practically useful for predicting where and when a sting jet may occur; this takes 12 hours from the time that the Met Office starts the forecast calculation.

University of Reading researcher Dr Oscar Martínez-Alvarado has further developed the diagnostic tool to be able to predict the occurrence of sting jets in near real-time.

"Through modelling we've found that, although the number of cyclones decreases slightly, if the levels of greenhouse gases continue to rise as expected throughout the twenty-first century, 45% of cyclones in 2100 could have associated sting jets, compared to 32% today."

Partnering with industry to prepare for high strength storms

"The UK could be hit by more than double the number of storms with exceptional wind speeds, like the one that caused mayhem across south east England in October 1987, if global warming continues."

Sue has worked with a range of industrial partners to help inform their decision-making when it comes to preparing for extreme weather events, for example, when evacuations will be necessary under storm conditions. She also works extensively with the insurance industry to help them better understand the risks and potential for damage from sting jets.

Sue is a professor of dynamical meteorology with a focus on the spatial and temporal scales relevant to weather systems and won the Buchan Prize in 2016. This prize is awarded annually by the Royal Meteorology Society for the most important recent original contribution or contributions to meteorology.

In the Department of Meteorology, Sue runs the Mesoscale Group bringing together academic staff, postdoctoral researchers, postgraduate students, and Met Office researchers who share common research interests in mesoscale weather processes and systems. The mesoscale occupies a horizontal length-scale range from approximately 1-1000 km and, as a result, it includes many weather phenomena.

She also regularly supervises undergraduate and master's student dissertations and involves students at all levels in her research in Pacific Ocean weather systems.

Sue incorporates her research into her teaching on the undergraduate module Introduction to Meteorology, which features real-life case studies of different types of storms.

"The best thing about working in our Department is the friendly community of researchers. There is always someone there to get feedback from and bounce ideas off.

"Being able to teach as well as research is very important to me and is the reason that I chose to work at the University. It's very rewarding getting to know the students, helping them to master key concepts and develop their skills, and see them move on to exciting careers or further study."

Find out more about research in the Department of Meteorology

Check out our undergraduate courses