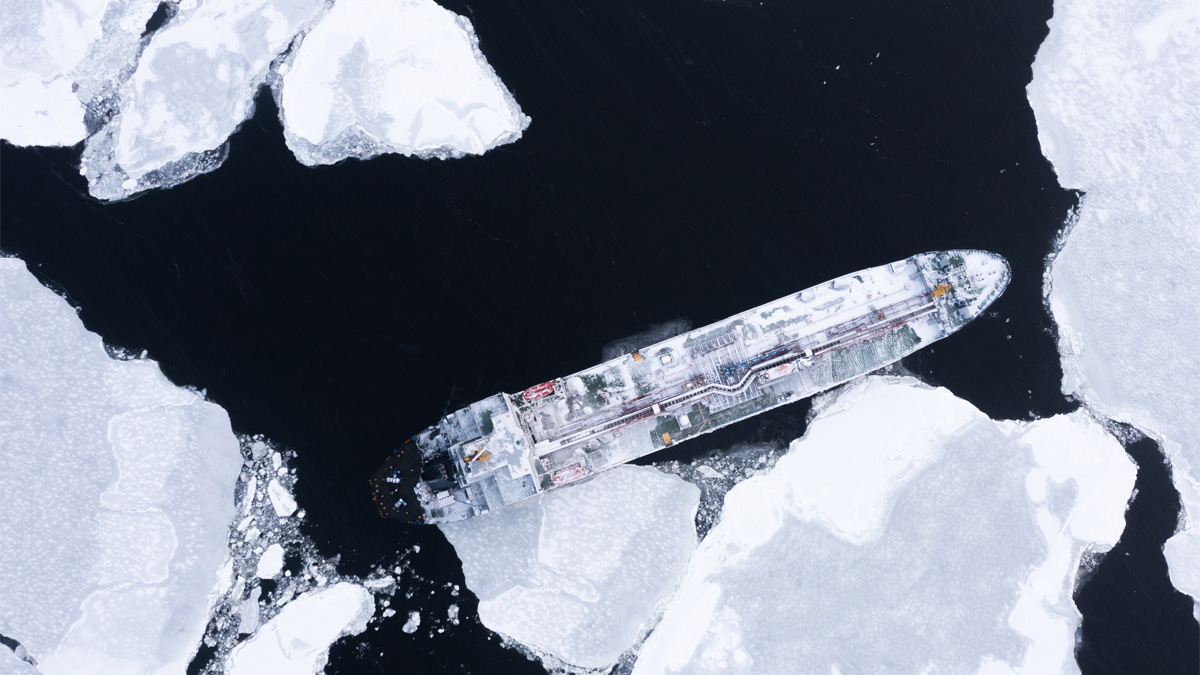 The decline of sea ice in the Arctic is undoubtedly one of the most striking signs of climate change, and a worrying environmental concern. Yet, Dr Nathanael Melia's research shows that this could make shipping through the Arctic a reality by the end of the 21st century, resulting in potential economic benefits.

Nathanael studied for his undergraduate degree, master's degree and PhD at Reading. The Department's world-class reputation attracted him to study here, as did the University's beautiful parkland campus.

"The more time I spent in the Department, the more I began to realise the high calibre of the lectures in a global research context – something I'm still comprehending years after finishing my PhD.

While other departments can have more of a workplace feel to them, the Department of Meteorology has a real sense of community."

Nathanael is now a research scientist and lives in New Zealand. He believes that each of his degrees prepared him in their own ways for a career in research.

"My favourite component of my BSc and MSc were my dissertations that I studied under Professor Keith Shine and Professor Ross Reynolds respectively. These were a great preparation for the style of exciting independent work involved in a PhD.

The skills learnt and the scientists that I was lucky enough to meet and work with during my PhD gave me the skills and confidence to go out into the post-PhD world."

Nathanael's interest in climate science stems from wanting to learn more about what will happen to our planet in the future. His focus on Arctic shipping began with his PhD.

"The Arctic is the fastest responding region on the planet to climate change, so that was a natural attraction. I also like to answer the 'so what, who cares?' questions, so focusing on the future of shipping through the region makes for a great story!"

He found that the number of non-specialised vessels that could travel through the Arctic Sea is expected to double over the next 100 years. Access to such routes could potentially save at least 10 days on voyages from Europe to Asia as a result of faster, more direct routes becoming available.

"The reduction in summer sea ice, perhaps the most striking sign of climate change, may also provide economic opportunities. There is renewed interest in trans-Arctic shipping because of potentially reduced costs and journey times between Asia and the Atlantic. So far only a few commercial vessels have utilised these routes as they are not currently reliably open."

The research also found that the length of time these routes will be open increases from currently just a few weeks to a few months, although this would vary considerably from year to year. However, ice-strengthened ships will be able to regularly sail directly across the Arctic for the majority of the year by the end of the century, depending on the level of future greenhouse gas emissions.

Nathanael's research has had considerable impact. Upon completing his PhD, he worked in the Department as a Postdoctoral Research Fellow, working on press articles about his paper for major news sites such as BBC News and The New York Times.

More recently, he published a follow-up paper, Towards seasonal Arctic shipping route predictions, and worked on a policy advice document for the UK government: Future of the sea: implications from opening Arctic Sea routes.

Throughout his PhD and while working as a Postdoctoral Research Fellow, Nathanael was fully supported by his mentors Professor Keith Haines and Professor Ed Hawkins, both of whom are based in the Department of Meteorology.

"I received a PhD studentship that came from a project for which Ed is the principle investigator, and the work undertaken while I was a Postdoctoral Research Fellow was funded through Keith's projects. Keith and Ed were the best mentors I could have hoped for, they helped guide the research direction and spent a great deal of time discussing paper drafts."

Study for your PhD in a world-leading meteorology department