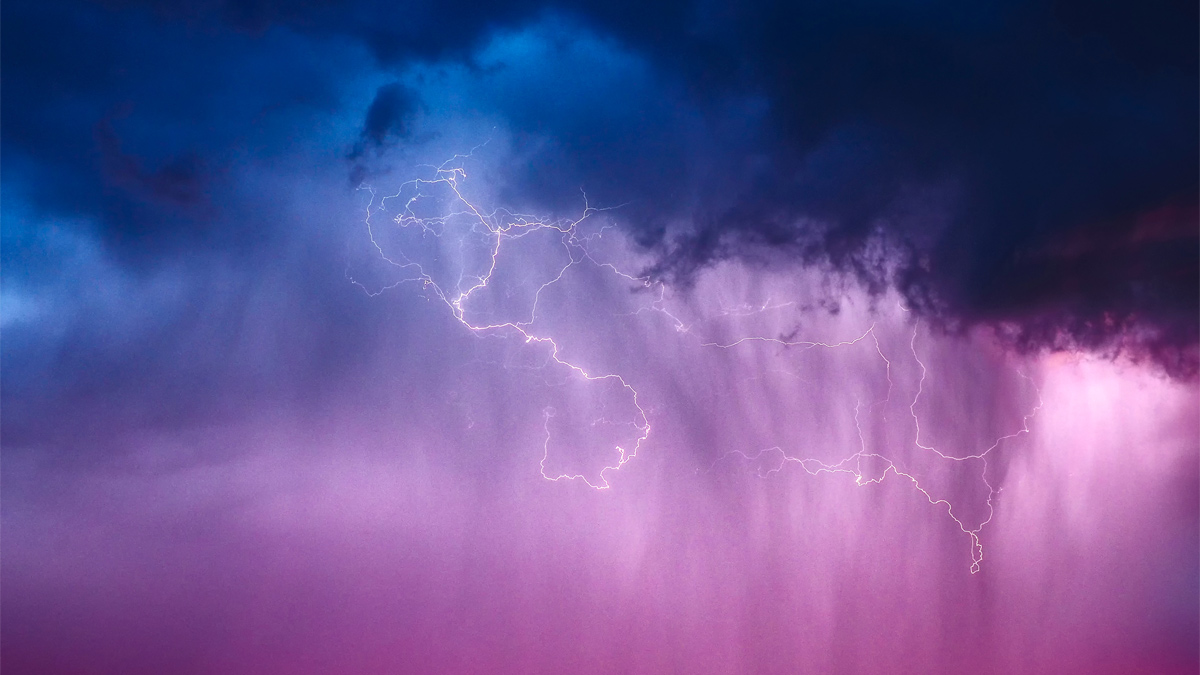 Awarded the Institute of Physics' Appleton medal and prize in 2016, Professor Giles Harrison is renowned for his ground-breaking work in the field of atmospheric electricity and for his public outreach scheme that looked at the meteorological effects of the 2015 solar eclipse.

For as long as he can remember, Giles has been fascinated by natural science, in particular taking every opportunity to learn more about how clouds, wind, rain and storms work. This early enthusiasm for learning and testing out new ideas has remained with him ever since, enabling him to make breakthroughs in research throughout his academic career.

Giles thoroughly enjoys teaching in the Department, because it's an opportunity for him to work with students who, like him, are curious about science and have an enthusiasm for testing new ideas.

"The people in this Department resonate with you. We're all finding out more about the natural world around us, and if you choose to study here, you'll be part of this activity too.

"Meteorology is an everyday topic but constantly evolving: someone might create a new storm tracker, find a quantity which helps predictions, or a significant weather event will occur which reinforces or challenges our understanding.

"The up-to-date appreciation of sometimes major newsworthy events gives you a sense of immediacy about using your knowledge."

Giles is currently engaged in pioneering work at the University investigating the response of clouds to natural and artificial quantities of electric charge. This could be used to create more rain in the Middle East – a region dominated by dry desert. Having been awarded a share of $5m USD by the United Arab Emirates' Rain Enhancement Programme in January 2017, he is leading a team exploring the sensitivity of clouds to these effects, and how to use remotely piloted aircraft as measurement and charge delivery platforms.

"Our work shows that charge is always present in the atmosphere – not just in thunderstorms – and that this can influence the behaviour of drops and particles in clouds and dust storms. This has applications on this planet and even elsewhere in the solar system, particularly (so far at least) Mars and Neptune."

Transforming how we use weather balloons

Through his work, he has demonstrated that weather balloons can be used for many more purposes than their routine application in weather forecasting. Recently his team has developed a small device that can be attached to weather balloons to measure the volume of ice in clouds.

"The device works by vibrating in the wind as the weather balloon ascends. If the sensor gets coated with ice or droplets, the rate at which it vibrates changes slightly. This is a highly sensitive response, and by combining these measurement techniques with theory, you can determine what the cloud properties were encountered by the sensor."

This same method can also be used to collect volcanic ash. Aircraft are only able to fly through small amounts of volcanic ash, and so ultimately this instrument could contribute to how airlines to make informed decisions about whether it is safe to fly.

The Department of Meteorology's Atmospheric Observatory provides students with access to a huge range of meteorological instruments, and Giles has played a key role in developing this impressive teaching resource. He's also written a textbook on measurements in meteorology.

"I like making measurements of new things or in new ways, and, as you might expect with new research questions, there often isn't anything commercially available to do this. This means you have to design and make the measuring instruments yourself. Scientific instruments combine mechanical skills, electronic circuits, programming and data analysis.

The second-year module Instrumentation for Environmental Measurements, which is convened by Giles, presents students with the opportunity to program, build and run their own data logging system. They then get to compare what they've measured on their own device against the standard measurements taken at the Atmospheric Observatory.

"I discovered that a lot of employers wanted our graduates to be able to set up environmental monitoring systems or weather stations, and so I decided I should be teaching them how to do this."

Getting the public involved in meteorology

In 2015, Giles led the National Eclipse Weather Experiment (NEWEx), a public outreach study that gathered weather data about the near-total solar eclipse that occurred in March of that year. People up and down the country measured temperatures and wind speeds in their areas, and submitted their results online.

The study attracted considerable attention in the press, and featured on the BBC News homepage on the day of the eclipse.

"Getting people involved in scientific measurements to solve a problem really works – it inspires and motivates, and gives an insight into what being a scientist is really like."

Read more of our stories